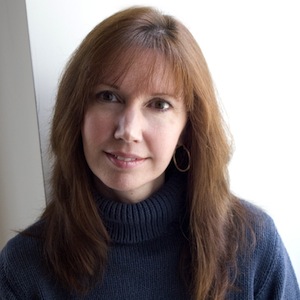 Shelley Saywell is a producer, director and writer of documentary films. Her films have won numerous international awards including an Emmy for Outstanding Investigative Journalism and been short-listed for the Academy Awards. They have been broadcast in more than 30 countries, and invited as official selections to numerous international film festivals. In 2003 Saywell was in the spotlight as Director in Focus at Toronto’s Hot Docs Film Festival. She has been honoured with UNESCO’s Gandhi Silver Medal for promoting the culture of peace.

Saywell spent part of her childhood in Asia, where she developed a life-long interest and passion for seeing the world as a connected, global village. Encouraged by her professor father and social work mother, she developed a social conscience at a young age, and believed it was important to search for truth and accountability, even when it was uncomfortable to do so. She went to university to study Theatre Arts, but soon realized her political interests were competing with her artistic ones and decided that documentary film would be a great marriage of the two.

Saywell began her career working as a researcher on “The Ten Thousand Day War” chronicling thirty years of war in Vietnam. Her first directing job was a two part special called “The Greenpeace Years” co-produced with the National Film Board of Canada. Since 1992 she has produced and directed her own films through her company Bishari, with the exception of “Rape a Crime of War” which she directed for the National Film Board of Canada.

Saywell’s most recent film “In the Name of the Family” is a feature length documentary, has screened at many international festivals, garnered a Genie Nomination and won Best Canadian Documentary at Hot Docs! 2010.

In 2010 Shelley Saywell was honoured with the Creative Excellence Award by Women in Film and Television –Toronto.

Shelley Saywell is author of Women in War (Penguin Books, 1986), and contributing author to Ourselves Among Others (St. Martins Press, 1988).