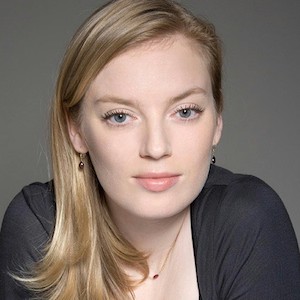 Sarah Polley is an actress and director renowned in her native Canada for her political activism. Blessed with an extremely expressive face that enables directors to minimize dialog due to her uncanny ability to suggest a character's thoughts, Polley has become a favorite of critics for her sensitive portraits of wounded and conflicted young women in independent films.

She was born into a show business family: her father, Michael Polley, appeared with her in the movie The Adventures of Baron Munchausen (1988) and on the television series Avonlea (1990); and her mother, Diane Polley, was an actress and casting director. It was her mother's connections that launched Sarah, at her own insistence, on an acting career at the age of four, following in the footsteps of her older brother Mark Polley. A second brother, John Buchan, is a casting director and producer.

Her career as a child actress shifted into high gear when she was cast as the Cockney waif Jody Turner in Lantern Hill (1989), for which she won a Gemini Award, the Canadian equivalent of the Emmy, in 1992. Produced by Kevin Sullivan, the film was based on the book by Lucy Maud Montgomery, author of Anne of Green Gables (1985). When Sullivan created a television series based on Montgomery's work, he cast Polley in the lead role of Sara Stanley in Avonlea (1990). The series propelled Polley into the first rank of Canadian TV stars and made her independently wealthy by the age of 14.

Her personal life was deeply affected by the death of her mother Diane from cancer shortly after her 11th birthday, a development that ironically paralleled the fictional life of her character Sara. Highly intelligent and politically progressive at a young age, Polley eventually rebelled against what she felt was the Americanization of the series after it was picked up by the Disney Channel for distribution in the US, eventually dropping out of the show. Though she does not blame her parents, she remains publicly disenchanted over the loss of her childhood and, in October 2003, said she is working on a script about a 12-year-old girl on a TV show.

Polley, who picked up a second Gemini Award for her performance in the TV seriesStraight Up (1996), subsequently quit acting and high school to turn her attention to politics, positioning herself on the extreme left of Canada's left-of-center New Democratic Party. The publicity ensuing from her losing some teeth after being slugged by an Ontario policeman during a protest against the Conservative provincial government, plus the stinging cynicism from some other activists unimpressed by her celebrity, led her to lower her political profile temporarily and return to acting in Atom Egoyan's film The Sweet Hereafter (1997). It was her appearance as Nicole, the teenage girl injured in a school bus accident who serves as the conscience of the small town rent by the tragedy, that first brought her to the attention of critics in the US. In Canada, the role was heralded by critics as her successful breakthrough to adult roles. It was her second film with Egoyan, who wrote the part with her in mind when he adapted the novel by Russell Banks, who, ironically, is American. Predictions of an Academy Award nomination and future stardom were part of the critical consensus, and she received her first Best Actress Genie nomination from Canada's Academy of Canadian Cinema & Television and the Best Supporting Actress award from the Boston Society of Film Critics. It was the buzz created at the Sundance Festival, where her starring role in the film Guinevere (1999) was showcased, when the entertainment media crowned her the it-girl of 1999. Intensely private and extremely ambivalent about the personal cost of celebrity and the Hollywood ethos Fame is the Name of the Game, Polley could be seen as rebelling against the expectations of mainstream cinema when she embarked on a career path that took her out of the spotlight thrown by the harsh lights of the Hollywood hype/publicity machine after shooting the film Go (1999). She dropped out of Cameron Crowe's Almost Famous (2000), the US$60 million mega-hyped vehicle that was supposed to make her a mainstream star in the US, choosing to return to Canada to make the CDN$1.5 million The Law of Enclosures (2000) for Genie Award-winner John Greyson, a director she admires greatly. The film grossed poorly in Canada and was not released in the US, but it did garner Polley her second Genie nomination for Best Actress. While her replacement in Almost Famous (2000) went on to win an Oscar nomination and a career above the title in glossy Hollywood films, she took a wide variety of parts, large and small, in independent films, including significant roles in the ensemble pieces The Claim (2000) and The Weight of Water (2000); bit parts in eXistenZ (1999) and Love Come Down (2000); and the lead in No Such Thing(2001). Her choice of projects showed her to be a questing spirit more focused on learning the art of her craft than on stardom.

She has said that her choice of film roles, eschewing mainstream Hollywood movies for chancier, non-commercial independent fare, was the result of an ethical decision on her part to make films with social importance. A less-observant viewer might think that the rebel Polley played in her political life that had previously manifested itself in her profession was now driving her to the verge of career suicide in terms of popularity, marketability, and choice of future roles. However, that interpretation does not recognize the extraordinary talent that will always keep her in demand by directors, if not casting agents, with an eye on the opening weekend box office. One must understand Polley's career progression in light of her attendance at the Canadian Film Centre's directors program and her production of short films, including Don't Think Twice (1999) and the highly praised I Shout Love (2001). Polley is a cinema artist. This woman wants to make, and will make films. Thus, we can understand her career choices as a desire to work with and understand the technique of some of the best directors in film, including David Cronenberg, Michael Winterbottom, and Hal Hartley.

Polley is as renowned for her intelligence as for her remarkable talent. The problem of the intelligent person in the acting field is that the actor, as artist, in not ultimately in control of their medium, and it is artistic control that is the hallmark of the great artist. The controlling intelligence on a movie set is the director, and her attendance at the Canadian Film Centre has given her a new perspective on acting. The actor, she says, should not try to give a complete performance for the camera (that is, control the representation on film) but must remember that the function of the actor is to give the director as much coverage as possible as a film, as well as a performance, is made in the editing room. According to Polley, this realization, that the film actor exists to serve the director, has given her new enthusiasm for acting. Thus, her career, and her career choices, can be seen as a quest for knowledge about the art of cinema, a journey whose fruition we will see in her future feature work as both actor and director.

"I began with a very vague, unwieldy idea which gradually became a film ready to shoot as it was shaped by the mentors and most importantly the other directors"