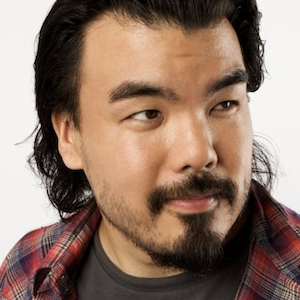 Award-winning director Warren P. Sonoda is one of the nation's busiest, in-demand and versatile feature filmmakers having just completed his tenth feature film in nine years. He is also considered one of Canada's most accomplished and prolific music video directors with over 160 music videos directed and more than 200 edited.

At the age of 17, Warren directed segments of the CBC TV show Life: The Program, which went on to be nominated for a 1991 Gemini Award. In 2004, he turned his cinematic eye towards feature films with Ham & Cheese - an indie love-letter to actors that Variety hailed as a "must see!" and The National Post called "the funniest Canadian movie in recent memory."In 2005, Playback Magazine declared Warren one of the country's "Top Filmmakers to Watch."

In 2006, Warren wrote and directed 5ive Girls, starring Ron ('Hell Boy') Perlman, and co-wrote the feature screenplays for Heartstopper and Warriors of Terra - all three produced in the same calendar year. In 2008, Coopers’ Camera was the buzz film of the Toronto International Film Festival and was called a "landmark" by Macleans.ca and "destined to become a holiday classic" by the Globe & Mail. It has since been released on DVD in North America by Anchor Bay Entertainment as Coopers' Christmas to rave reviews and brisk holiday sales.

Not pigeonholed to any one genre, in 2009, Warrenʼs fantasy action picture Merlin & the Book of Beasts debuted on the SyFy Network and the men’s beer-league hockey-comedy, The Puck Hogs, premiered at Cinefest Sudbury to sold-out audiences.

Warren’s first U.S. studio production for Lionsgate, a mixed martial arts action film calledUnrivaled,premiered at the 2010 ReelWorld Film Festival and won a Special Jury Prize at the 2010 Las Vegas Film Festival. As with 5ive Girls, Warren pulled triple-duty as the writer, director and editor of this fast-paced action pic, with the Toronto Star declaring it was, "a cut above its competition... 'Unrivaled' punches above its weight class."

In the spring of 2011, the beautiful, fresh, romantic comedy Textuality, which the Globe & Mail called “a bit of cinematic wizardry,” was the #1 English-Language Canadian Film during its opening theatrical run, entertaining a text-obsessed audience with its take on modern-day dating in a Twitter-mad world. Textuality was named one of the "Top 45 Canadian Films" by CBC's George Stroumboulopoulos and Warren was namedone of "Canada's 5 Most Promising Directors" for the film by Press +1.

In 2012, Warren's waiter-revenge comedy Servitude was released theatrically, the first project to be greenlit by the inaugural and prestigious Telefilm/CFC Comedy Lab. The film was mentored by Hollywood heavyweights Ivan Reitman (Ghostbusters), Donald Petrie (Miss Congeniality) and Etan Cohen (Tropic Thunder). Servitude, produced by Victory Man and Buck Productions was acquired by Alliance Films in Canada and Lightning Entertainment in the USA and won the Special Jury Prize at the 2012 Las Vegas Film Festival.

In 2014, Warren completed the ambitious feature comedy Swearnet: The Movie starring Robb Wells, Mike Smith and J.P. Tremblay (the former Trailer Park Boys), Tom Green, Carrot Top and Sebastian Bach. Shot on location in Sault Ste Marie and Halifax, Swearnet is the biggest, most twistedly ambitious film project for Warren to date. Picked up by eOne Films in Canada, it's set for a major release in the fall of 2014.

The Trailer Park Boys then tagged Warren to helm the first four episodes of the brand-newTrailer Park Boys Season 8 TV Show that's set to debut this year. Warren was honoured to re-launch the iconic Canadian comedy show after its seven-year hiatus made the series a huge cult-classic on DVD and Netflix.


Most recently, Warren is completing his tenth feature, The Masked Saint for Ridgerock Entertainment Group and P23. His first family drama, this inspirational story of a professional wrestler-turned-pastor is based off the real-life story of Dr. Chris Whaley and stars "Rowdy" Roddy Piper of WWF Raw fame, Academy-Award Nominee Diahann Carroll and the Red Green Show's Patrick McKenna. It's set for a major theatrical release in the fall of 2014.


He is currently developing the features Sweet Tea, Jake Joins and Cult and Camp Killers - all set up with Timshel Pictures and Hideaway Pictures.

Warren has been nominated for over 30 national and international awards, having won Director of the Year and Music Video of the Year at the 2009 CCMA Awards, four MuchMusic Video Awards, an ECMA Award, an Urban Music Award, a Can Pro Gold Award, the Trailblazer Award at the 2009 ReelWorld Film Festival and a 2009 California MethodFest Award for Best Ensemble Comedy for Coopersʼ Camera.

Recently he received Queen Elizabeth II's Diamond Jubilee Medal for his outstanding contributions to the Canadian Film Industry. That made his mom and dad incredibly proud.