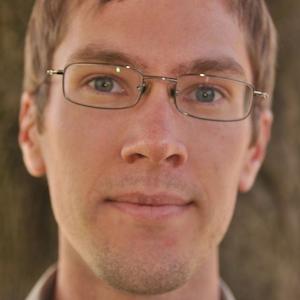 Hans grew up near Camrose and discovered his passion through the Pretty Hill Film Festival, a community event hosted by his family, which has since become the annual Nordlys Film Festival. “I got into filmmaking after falling in love with movies,” he explains. “I was impressed by films that gained their power from characters and landscapes rather than special effects and big budgets.”

The award-winning filmmaker began to make films in 2005, with the support of the Film and Video Arts Society of Alberta, in Edmonton. His first production, a five minute short he entitled Bronwen's Ark, was shot in the Camrose area with the prairie as the backdrop.

While a student at U of A Augustana, Hans took part in the Rural Development Exchange Program, living and studying in Mexico for several months. “After graduation,” he remembers, “I was hungry for another intercultural experience and wanted to learn more about social justice and community development.” He participated in a CIDA internship program that took him to live and work in a community in rural Guatemala.

Hans returned to Guatemala to make his first documentary in partnership with Sahakarini Inter-World Education and Development Association, a Camrose-based charity. He interviewed women’s groups in three communities who, in the wake of decades of oppression and civil war, were using microcredit as a tool for transformation. “It was an honour to be welcomed into people’s homes to hear their stories,” he says.

The 24-minute film, Where Credit Is Due, won the best film award at the Journalists for Human Rights Docfest in Victoria. It is also being distributed to high schools by the Alberta Council for Global Cooperation.

Hans won awards at the Focus Film Festival, the NYC PictureStart Film Festival, and the Calgary Society of Independent Filmmaker’s $100 Film Festival for his short films Baby Boots and Bronwen’s Ark. The latter has been broadcast on the Movieola TV channel.

Olson premiered his latest short film, Champagne, at the Toronto International Film Festival in September and showed it at the Edmonton International Film Festival in October. The Hay Lakes High School graduate pursued a philosophy degree at Augustana, then learned screenwriting at Langara College in Vancouver and the Canadian Film Centre in Toronto. The film was produced with donated services from the Toronto film community as well as financial assistance from the Canadian Film Centre.

“I appreciate the room for independence and creativity in filmmaking,” Hans explains, “and I love to tell stories in a visual way.” He says his dream is to one day make feature films. Given his talent and his dedication to telling stories that matter, Hans Olson is a name moviegoers should watch for on the big screen.