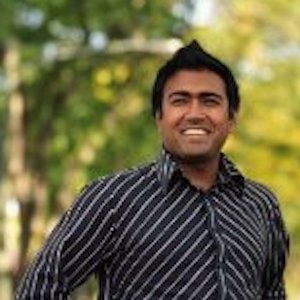 Anand Ramayya BComm grew up in a film family and has been working on dramatic films since the age of 15. Anand spent several formative years in his twenties working and backpacking extensively throughout Asia. Upon his return to Canada he completed his Bachelor of Commerce degree and began working in the film industry.

Ramayya served a term as President of the Saskatchewan Motion Picture Association and three years on their Board of Directors. By regularly attending markets and festivals, Ramayya has built strong relationships with a number of Canadian broadcasters, distributors, and production companies and is an alumni of the Canadian Film Centre, National Screen Institute and Trans-Atlantic Partners Program where he received high level finance and legal training in European/Canadian international feature film coproduction from theErich Pommer Institut gGmbH of Berlin and Strategic Partners of Halifax.Ramayya looks to develop co-production opportunities with like-minded creators from around the world.