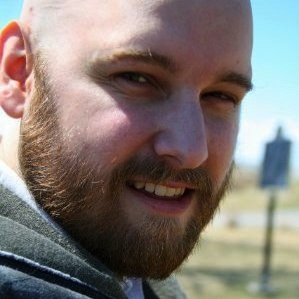 Ian is an award-winning filmmaker with a penchant for creating strong characters with an endearing, thoughtful touch. Not only have his films been broadcast on television and screened internationally at film festivals, but Ian has developed a reputation as an amicable professional whom others are keen to work with. He first cut his teeth working in the art department on Guy Maddin’s “Cowards Bend the Knee”, and hasn’t looked back since.

In 2005/06, he was selected for the Corus Entertainment Young Filmmaker’s Initiative with the CMPA where he received mentorship and funding for his short film, “The Snow Fort.” He then went on to get a BA in Rhetoric and Communications/Politics from the University of Winnipeg before dedicating himself full-time to screenwriting. The creation of “Mother Knows Best”, came soon after (with support from the Winnipeg Film Group, NFB and Winnipeg Arts Council), where Ian and Joshua collaborated for the first time.

After graduating from the Writers’ Lab at the prestigious Canadian Film Centre in 2010, Ian returned to Winnipeg to join the development team at Frantic Films where he gained invaluable insight into producing and the development process. He has also worked freelance contracts for Buffalo Gal Pictures, the Downtown Winnipeg Biz and various other companies across Canada. Most recently, his half-hour comedy “Geriatrics”, was shortlisted for NSI’s Totally Television 2012 program.