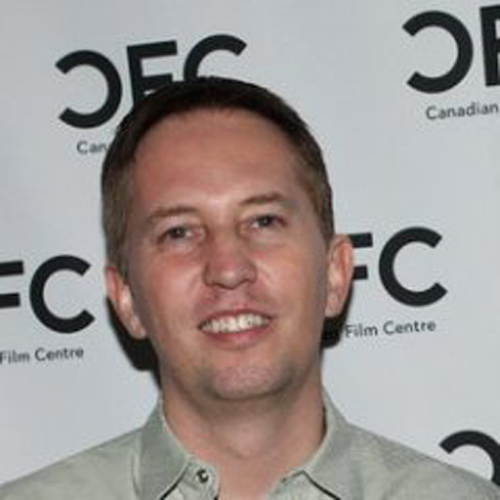 Robert Chomiak is co-writer of the zombie-comedy cult feature FIDO.

He is also co-writer of the R-rated comedy screenplay My Asshole Neighbor with eOne as distributor and co-producer. The project was selected for the Telefilm/CFC Comedy Lab.

He has written English adaptations for three animated theatrical features (JIN-ROH: THE WOLF BRIGADE, ESCAFLOWNE - THE MOVIE) and 207 episodes on seven animated series (GUNDAM SEED, ZOIDS, INUYASHA) which have aired on Cartoon Network and Teletoon.

Other television work includes the sitcom ALIENATED and the Gemini-nominated children’s special TWISTEERIA.

His screenplay Dark Hearts has received development funding from the Harold Greenberg Fund and BC Film in addition to a Telefilm-sponsored workshop.

He has also been awarded Telefilm development for his comedy feature screenplay Future Man and his co-written project Jekyll & Hyde: A Comedy.

As story editor he worked on the comedy feature PREGGOLAND, written by and starring Sonja Bennett and featuring James Caan and Danny Trejo, which has completed principal photography.

He provided story notes for the feature project The Eddie Zhao Story by Guy Bennett, surpassing expectations at the China Canada Gateway For Film script competition in Whistler when the China Film Group expressed interest with an estimated budget of $12 million.

He also provided story notes on the feature comedy screenplay How to Break Up With Your Mother, selected for the Telefilm/CFC program.

Robert graduated with a BA in Dramatic Arts from the University of Lethbridge and studied for two years in the Simon Fraser University film program.