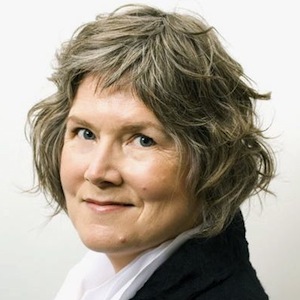 E. Jane Thompson is a multiple award-winning television director & filmmaker whose work includes over fifty hours of prime time dramatic series (Gemini for Best Direction in a Dramatic Series), a television movie (Gemini nomination for Best Television Movie), and several short films. Most recently, her short THE EXIT was recognized with an Honourable Mention from Shaw Media’s Fearless Female Director Award. Her short films have been selected to screen at dozens of film festivals and won over half a dozen awards. They have sold to broadcasters around the world.

Jane has exhibited her leadership qualities and creative expertise as advisor to NSI’s Drama Prize program (all three films she oversaw in 2011/12 were programmed at Cannes, two at TIFF). She steered the DGC’s first strategic planning process. She’s a founding member of WIFT-T, an advocate of women in the industry, and has ensured that the accomplishments of women are acknowledged through initiatives such as the naming of the Barbara Sears Editorial Research Gemini Award and the presentation of the ACCT’s Lifetime Achievement Award to casting director Dorothy Gardner. She teaches the Directing Master Class in the Advanced Television & Film post graduate program at Sheridan College.