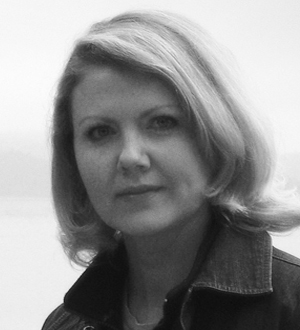 Canadian-born writer-producer (and sometimes art director) Kirsten Bolton is half of the filmmaking partnership she established with brother and long-time creative collaborator director Devon Bolton in 1997. Kirsten grew up primarily in England and Norway in the American expatriate community, giving her a unique international perspective from an early age.

Her TV writing and producing debut was with a three-part documentary "Women & Beauty" in 1996, a series inspired by her Masters thesis in University. It aired on television in Canada and received an Award of Excellence at the Best of the Northwest Festival in Portland, Oregon. Her dramatic debut was was with the 1998 short docu-drama "Memoirs of a Western Newspaperman," directed by brother Devon. It was nominated for five awards and won "Best Short Film" at the Alberta Motion Picture Industry Awards.

Shipwrecked has also screened at the Museum of Modern Art (MoMA) in New York, the Brooklyn Academy of Music, and the National Gallery of Art in Washington D.C.

Kirsten wrote and produced their newly completed 2008 short drama "Promise," an adaptation of the Jack Hodgins short story and is in development and scriptwriting stages on a number of feature film projects, including the adaptation of several Canadian novels.

Kirsten has a B.A. Degree in English and a Masters Degree in Communications.