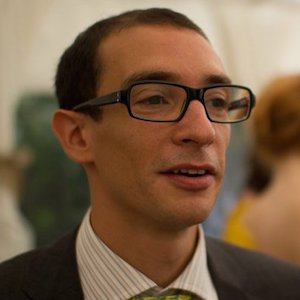 Daniel Perlmutter is a Toronto-based writer and filmmaker. He is the co-writer and co-producer of Peepers, a dark comedy distributed by E1 Entertainment andnominated for five Canadian Comedy Awards, including best script. His other writing credits include working on the animated series Odd Job Jack and Weird Years, and running the writers’ room for the YTV series Seriously Weird. In 1998, he co-founded Automatic Vaudeville Studios (AVS), a “micro-movie studio” that pushed the envelope in underground cinema and live amusement, creating a diverse array of dozens of short films. Relying on a talented repertory company of amateurs and professionals alike, the studio created an inspired catalogue of lunacy and artistic experimentation ranging from monster movies to musicals and from avant-garde events like the acclaimed Schandcycleto fascinating fictional documentaries like Spanked: The Ron Friendly Story, as well as radio projects and more. Through AVS, Daniel has produced, written and directed many short films, including the parody Dancing With Myself, the BravoFACT What They Ate, the experimentalBeware of Dog (which played at the Atlantic Film Festival), and the hour-long filmThe Recommendations (which played at the San Francisco Independent Film Festival and the World of Comedy Festival). His latest project, the feature comedy Fit to Print, is now in development with Markham Street Films.