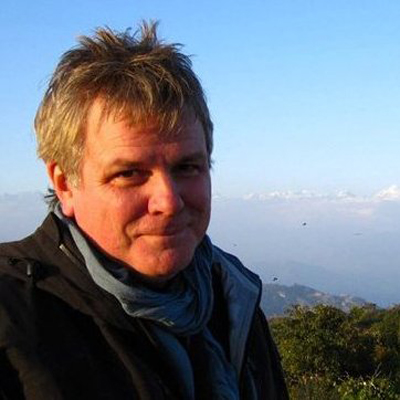 Born in Chicago and raised in the US, England and Canada, MichaelMcNamara has created, produced and directed documentary, variety, children’s entertainment and music.

In 2002, he launched Markham Street Films Inc. with partner Judy Holm. MSF produces film, television and award-winning documentaries. The feature length documentaries McNamara has written and directed have all won Geminis and been nominated for others: Radio Revolution: the rise and fall of The Big 8; 100 Films & A Funeral; Acquainted With the Night. McNamara has also won Geminis for directing episodes of MSF’s series Driven by Vision (17x30min on outsider art) and Fanboy Confessional (6x30min). Recently he wrote and directed both Lights Out for CBC’s Nature of Things; and Ice Sweat & Tears for CBC’s Doc Zone.

Other producing, directing and/or writing credits include the CBC/Showtime US sketch comedy special In Thru The Out Door, the two hour CBC Network Special Just for Laughs 20th Anniversary – A Comedy in 20 Notes and The Cockroach That Ate Cincinnati, the critically acclaimed feature length comedy that premiered at the Toronto International Film Festival and earned a Best Actor Genie nomination for its star, Alan Williams.

Michael and his partner Judy Holm produced the feature film Victoria Day for first-time writer/director David Bezmozgis. Victoria Day premiered at the 2009 Sundance Film Festival. Recently they co-produced the coming of age film (co-production NL – ON). Michael just completed the short comedy Incident at Elysian Fields for BravoFact! and is writing the adaptation of the book Heaven is Small for the big screen.

Big News From Grand Rock, a comedy feature by writer/director Daniel Perlmutter, starring Ennis Esmer, Gordon Pinsent and Meredith MacNeill is in now in post-production with McNamara and Holm producing.