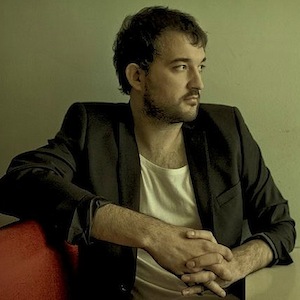 Blend the classical influence of Eastern Europe with the experimental edge of Canadian indie rock and you have before you Todor Kobakov: composer, producer and missionary of genius gadgetry.

An increasingly in demand film composer, Todor has just completed work on The Samaritan, his third film score of 2011. The neo noir thriller is directed by David Weaver and stars Samuel L. Jackson and Tom Wilkinson. Already completed this year are scores for Cold Blooded – a crime thriller helmed by Jason Lapeyre, and Monster Brawl – a horror comedy which premiered this summer at the Fantasia International Film Festival.

In between music projects Todor keeps busy with his partner in crime, Hugo, a Hungarian Vizsla. The daring duo can be found shuffling through Toronto’s “Annex” on most days. If you happen to see them, be sure to say hello.