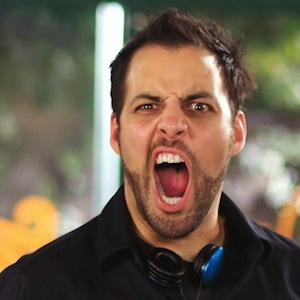 Based in Toronto, Canada, Ravi cut his directing teeth in the Theatre. After mentoring under some of the city’s finest Directors he began to helm some of his own projects including the critically acclaimed Canadian premiere of BELOW THE BELT (Toronto Fringe, 04′). Since that time Ravi has moved toward a career in Television. In 2006 Ravi’s script for YTV’s Prank Patrol was nominated for a Banff World Television Award and also earned the show a Gemini Award nomination. Ravi has edited, written, Acted, and Dialog Coached for shows on YTV, Discovery kids, and Family Channel. He just finished producing a one-hour TV special for Hildebrand/OMNI titled TORONTO IN 24 which sent 24 cinematographers across the city for a 24 hour period.

Ravi’s real passion is his personal projects. His film THE ESCAPE has earned numerous screenings across Canada the US and in India. His latest film, REMIX-to-RIO, is a one hour documentary about young people fixing their corners of the world, which he produced and directed.