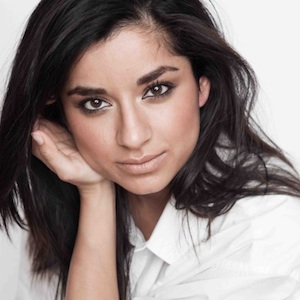 Supinder Wraich is an actress born in Chandigarh, India and raised in Toronto, Canada. She is a graduate of the Canadian Film Centre’s Actor’s conservatory, holds a BA in Communications and is also a Sheridan College, Advanced Film & Television program alumni. She has appeared in numerous productions including the hit feature Textuality (starring Eric McCormack) The Border, Degrassi TNG, Combat Hospital and holds recurring roles on BBC's Copper and Syfy's Haven.

Playing Sandy Rai in the Emmy Award winning Guidestones marks Supinder's first appearance in a web series and has earned her an International Academy of Web Television nomination for 'Best Female Performance (Drama).'

A lover of a good mystery she has thoroughly enjoyed travelling across the US, Europe, Canada, and India exploring theories of international conspiracy with the Guidestones team.

“I left the program doing the best acting I've ever done."