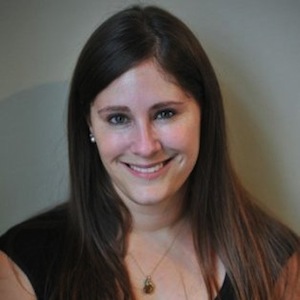 Lauren Corber is a producer, entertainment lawyer and the founder/president of LoCo Motion Pictures. One of Canada's leading digital content producers, Lauren's most recent series, International Emmy nominated, How to Buy a Baby has been named a top web series to watch by the Globe and Mail and Now Magazine. It premiered on CBC in November, 2017 and has won Best Web Series at the Canadian Screen Awards, Best Comedy at the Indie Series Awards, Best Writing and Best Lead Performance at the International Academy of Web Television Awards and has been invited to screen at festivals in Canada, the US, Asia and Europe. She also produced two seasons of the CSA award-winning CBC comedy, My 90-Year-Old Roommate starring Paul Soles (Spider-Man) that has over 1 million views.

Lauren is in post production on her third series, children's production, Detention Adventure for CBC Kids. Up next is digital comedy series The Communist’s Daughter, winner of the Just for Laughs ComedyPro Stand Up 'N Pitch competition which will commence production in early 2019.

Currently a member of the Board of Directors of the CMPA, Lauren has been actively involved with the organization for over 10 years. Lauren holds a Bachelor of Commerce (McGill) and a Bachelor of Laws (Osgoode). She is an alumnus of the CFC Producer's Lab, NSI's Totally Television Program, the WIFT-T Development Incubator and the Bell Media Executive Producer Accelerator Lab.

Past productions include award-winning short films that have screened around the world including Emma (TIFF 2016, Canada's Top 10 2016) and The Balcony Affair (Locarno 2011).

Lauren was voted most vivacious by her graduating class in high school and has lived up to it ever since.