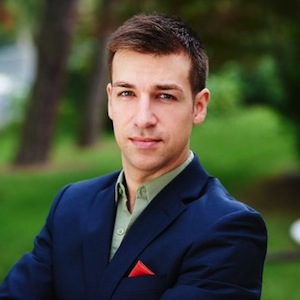 Blain Watters has written sketch for Fauxhemians.com, reviews for Rewatchability.com a pop-culture podcast, comics for Feathertale Magazine, and short films that have premiered in New York and Milan. After graduating from the CFC’s Prime Time TV Program, he won the Shaw/Banff Writer's Apprenticeship and has worked on Lost Girl, has co-written three episodes of the Netflix original series Between, and wrote the Between: Web Series. His web series Haunters just recently garnered distribution through Smokebomb, a division of Shaftesbury, and his latest work was the screenplay for Sleeping Giant, an official selection of the Cannes Film Festival 2015.