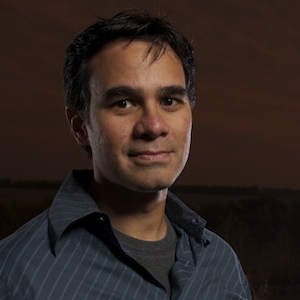 Raj Panikkar is an award-winning Toronto based producer. With Fifth Ground Entertainment, his productions have included the half-hour comedy series Rent-A-Goalie for Showcase (three multiple Gemini nominated seasons, 22 industry nominations), the music documentary series The Rawside Of... (two Gemini Awards nominations) for IFC, and Players’ PlayBook a digital documentary series with over 2 million views, in association with RIM and the NHLPA. Currently in production is the documentary series Reelside for TMN and Movie Central, and with Yahoo! Originals Beyond the Bases, a doc series about the Toronto Blue Jays. Raj is also developing multiple projects for various platforms.

With his company Shoes Full of Feet he executive produced the feature film AT HOME BY MYSELF… WITH YOU, distributed in Canada by Mongrel Media. A Top Ten List finalist for most popular Canadian film at the Vancouver Film Festival, it played in Perspective Canada at the Cannes Film Festival. The film also won a Canadian Comedy Award for lead actor Kristin Booth. Under the Shoes banner Raj has also produced seven short films with a slew of awards.

With a BSc. in Psychology from McMaster University and a BFA in Film from Ryerson University, and several awards (including the Best Screenplay award at the New York I.I.F.V Festival, the Nick Holeris Memorial Scholarship Award for excellence in screenwriting), Raj also operates and functions as an independent writer, filmmaker and creative consultant for film, television and digital media.