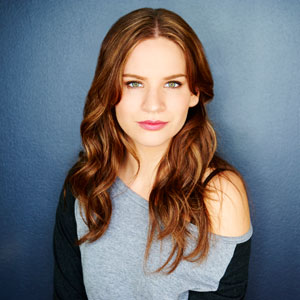 Brooke began her acting career at age nine, getting her start alongside Dean Cain in Christmas Rush. From there the door opened to a number of movies, short films and her role as series regular Miriam in the HBO award winning comedy Less Than Kind. She has received numerous awards and accolades for her performances in the series with a nomination for a Gemini as well as winning Best Female Performer at the Canadian Comedy Awards. Brooke’s film and television credits include: While I Was Gone, Halley's Comet, Eye of the Beast, Rusted Pyre, Guy Maddin’s Keyhole, Todd and the Book of Pure Evil, Elijah The Profit, Flashpoint, MOLLY MAXWELL, Saving Hope and Euphoria.

An accomplished singer/songwriter, Brooke’s debut EP, The Willow, is ready to be released in the spring of 2014. Her music has been featured in Less Than Kind, as well as Flashpoint.