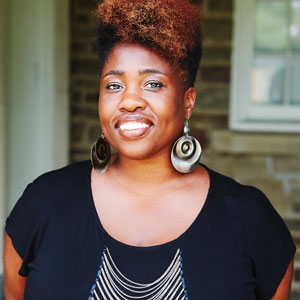 Motion is a screenwriter, playwright and poet, whose storytelling brings a kinetic fusion of word, sound and drama to the stage and screen. A 2014 resident of the Canadian Film Centre’s Cineplex Entertainment Film Program Writers Lab, she has also been Playwright-in-Residence at Obsidian Theatre and a member of the Banff Centre’s Playwrights Colony. Motion is the author of Motion in Poetry, writer of the Dora-nominated Nightmare Dream (ift Theatre) and is currently developing Aneemah’s Spot and SNDGRL.