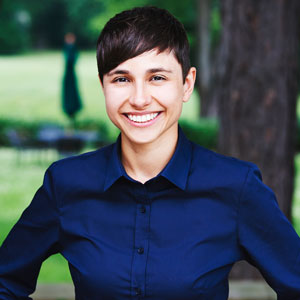 Charlie Hidalgo is a Toronto based, producer, writer and director, and a graduate of the Canadian Film Centre Producers' Lab. HONOR THY MOTHER, their feature debut in development won the Grand Prize Award at the CFF Harold Greenberg Script Competition in 2018. Charlie’s writing-directing debut, BATHROOM RULES was acquired by Shoreline Entertainment, and they have began preproduction on a second directing short piece, ACE OF HEARTS.

Charlie’s producing credits include THE THINGS YOU THINK I’M THINKING; winner of the AWFJ EDA Award for Best-Female Directed Short at Whistler Film Festival 2017, and the Special Jury Prize at Canadian Film Fest 2018. MINE IS YOURS, SPARTA NORTH , HAILSTORM, THE WHALE, and YOUR MOTHER AND I; a short adaption of Dave Eggers’ eponymous story, which premiered at the TIFF 2016, and was nominated for Best Short Film by the BFI London Film Festival 2016 and the London Critics' Circle 2018.