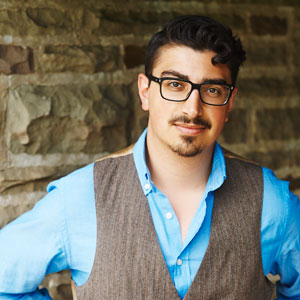 Michael Mazzuca is a Toronto-based director and screenwriter. He has directed three short films, which have been showcased at multiple international film festivals. Most recently, Mazzuca wrote, directed, and produced GINGER IN THE RYE (2014 Montreal World Film Festival), a short film about two ex-lovers who are forced to revisit their relationship after witnessing the fragility of human life. In the last four years, Mazzuca has been working freelance in Toronto’s commercial scene. He is continually refining his reel with story driven projects, like The Hunted, a commercial for the Canadian fashion label Rudsak. He holds an Honours BFA in Film Production from York University, and was a 2014 resident of the prestigious Cineplex Entertainment Film Program Directors’ Lab at the Canadian Film Centre. Mazzuca is currently developing his first feature film, UNMADE, a family mob drama.