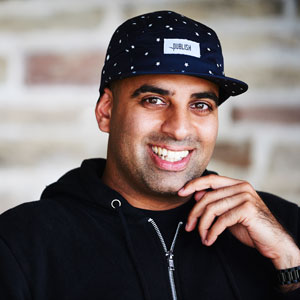 Reza Dahya is known for his work as a host and producer of OTA Live on FLOW 93.5FM in Toronto. He transitioned into filmmaking with his first short film, ESHA (2011), and the crowd-funded FIVE DOLLARS (2013), which premiered at the TIFF Kids International Film Festival, screened internationally and aired on CBC’s "Canadian Reflections". A 2014 alumnus of the Canadian Film Centre’s Cineplex Entertainment Film Program Directors’ Lab, Dahya completed his CFC Short Film, CHAMELEON (2015), with writer Chris Cromie and producer Josh Ary and is developing a slate of feature films.