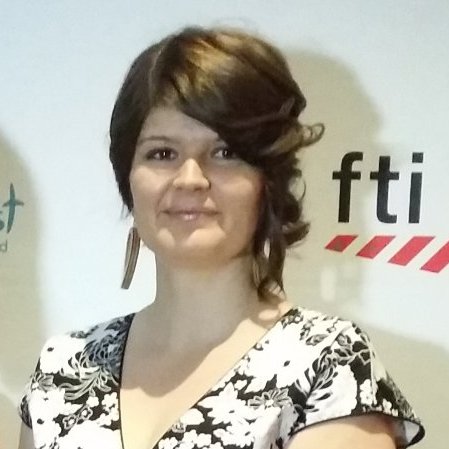 I'm an award-winning game designer, interactive producer, educator and social media researcher. My area of practice is phygital (where the digital meets the physical) and experimental games and playful experiences, especially for education and changemaking. I'm the Director of Games and Interactive at FTI and an Adjunct Research Fellow at Curtin University's School of Media, Culture and Creative Arts.

In 2007, I co-founded Atmosphere Industries, an international award-winning non-profit which creates experimental and pervasive games that have been played in festivals around the world, including Perth's first pervasive game, 'Ghost Town', a story-driven, smartphone enabled puzzle hunt; the critically acclaimed live-action board game 'Gentrification: The Game'; and a privacy literacy game called 'The Watchers' which was co-created with a group of Canadian children.

I have a strong research and teaching background which both informs and draws on my creative practice. I've been researching the internet and social media since 2003 and have been teaching at a university level both online and in the classroom for more than 5 years, including as a Lecturer in Internet Studies at Curtin University (Australia), Open Universities Australia and the CFC Media Lab (Canada).

I've been an invited speaker at numerous industry and academic conferences, including a TEDxPerth and SXSW Interactive and have appeared on MTV, NPR, the ABC and in ELLE magazine. I've published in First Monday, The Globe & Mail (Canada) and in the MacArthur Foundation book series on Digital Media and Learning.

I'm actively involved in my community and sit on the board of directors of Living Smart, a non-profit which has a long track record of facilitating community-supported sustainable living.

I hold a PhD from Curtin University and am a Professional Member of the Institute for Learning Professionals.