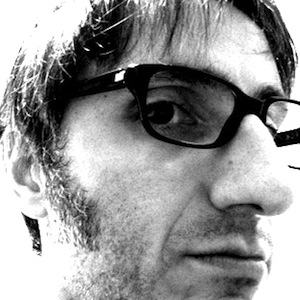 In my own image

Evan was born and raised in Toronto, Canada. The son of an award-winning photojournalist, he took to the arts at a young age, experimenting with film on his family's home movie camera.

Evan directed his first stageplay, The Insatiable Thirst for Clam Chowder, while completing his English degree at the University of Toronto.

Upon graduating, Evan went on to study film production at New York University's Tisch School of the Arts, where he wrote and directed numerous short films, including Heavy Metal Whore.

The success of Heart's Desire earned Evan an opportunity to write and direct his feature film debut, Luscious. Starring Stephen Shellen (A River Runs Through It, Gone in 60 Seconds) and Kari Wuhrer (Beverly Hills 90210, Anaconda, The Crossing Guard), the film was picked up for distribution by Lion's Gate International and played theatrically all over the world.

In the interest of furthering his knowledge of new technologies and interactive storytelling, Evan took time out to graduate from the Canadian Film Centre’s New Media Program, where he created the highly acclaimed interactive video installation In My Own Image.

Evan then ventured into the domain of documentary filmmaking with the production of Touch of Weevil for Bravo, and the feature-length Making Time Square, profiling Canadian actor David Julian Hirsh, star of the hit TNT series Hawthorne.

More recently, Evan directed the second season of The Family Restaurant, a popular documentary/lifestyle series on The Food Network, and piloted a number of new web series, including the experimental transmedia project entitled God Complex.