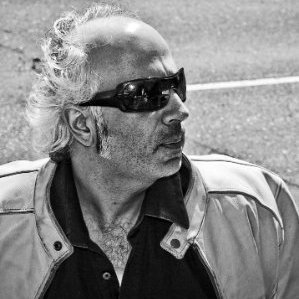 My Name is Elliot B

Johnny currently works at marblemedia as Creative Director. Under his creative leadership, marblemedia interactive has dramatically increased game and interactive audience numbers and earned multiple national and international nominations and honours with the most recent being the 2011 cross-platform Gemini for fiction. It was Kalangis and marblemedia's second Gemini win in as many years.

Prior to his current post, Johnny worked as a producer and then as Executive in Charge of interactive entertainment at CBC. There, he worked on A-list properties such as “The Nature of Things,” “Being Erica” and “The Rick Mercer Report” as well as radio dramas and music programs.

As a filmmaker, his first film, Jack & Jill premiered at TIFF and was nominated for two Genie awards in 2000.

His second, Love Is Work, premiered at the Whistler Film Festival in 2005, and won the People’s Choice Award. It was also presented by multi Oscar-winner Paul Haggis at the U.S. premiere in Los Angeles.

The Mad, his third, stars Billy Zane and enjoys cult status as a zombie comedy in Canada and around the world.

Johnny has lectured at University of Toronto, Vancouver Film School and Ryerson University on interactive narrative, transmedia storytelling and the convergences of conventional and emerging platforms.