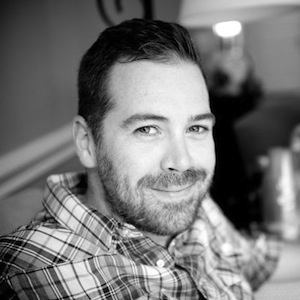 James Milward is the founder of the Emmy® Award-winning interactive agency, Secret Location, and a regular speaker on digital entertainment, transmedia and interactive documentary. An entrepreneur as well as a producer, he has developed and built several original concepts into successful IP and venture-funded businesses, including the mobile music discovery application, Herd.fm and FanViewr, a Facebook distribution platform for TV properties that extends and deepens the TV experience for fans.

As Executive Producer at Secret Location, James has built numerous award-winning, large-scale digital entertainment and brand projects. In just six short years, he has taken Secret Location from a small boutique to a bustling agency with a staff of 45 full-time and 10 to 15 freelancers, at any given time.

Under his watch, Secret Location won a Digital Emmy® in the Best Digital Program: Fiction category for Endgame Interactive, a highly engaging and immersive transmedia experience, as well as 2 other nominations with Frontline on PBS and Perfect Storms on History Channel. With over 100 other awards, including a Cannes Lion, James has secured a place for the company as one of the top digital entertainment agency’s in the world.

James is a regular speaker at international conferences around the world including: SXSW Interactive, IAB Mixx, nextMEDIA, the Banff World Television Festival, Realscreen, Kidscreen, FITC and TIFF. He also serves on the digital advisory board of the Academy of Canadian Cinema & Television, Strategy Magazine’s AToMiC Summit, The Playback Summit and nextMEDIA.

He has a degree in Economics from Bishop’s University and a postgraduate degree in Interactive Art and Entertainment from the New Media Lab at the Canadian Film Centre. James worked extensively in TV commercial production and documentary film, prior to defecting to the dark arts of interactive.