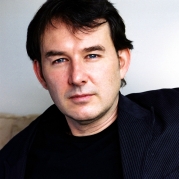 John Bessai has been producing, writing and directing television documentaries and videos for over fifteen years. Through CineFocus Canada, the Toronto-based documentary production company he co-founded, John has produced a body of work that has garnered public attention and recognition with broadcasts and screenings in festivals and forums across the country.

John’s latest project Museum Maestros takes a look at cultural movers-and-shakers Gail and Barry Lord who have shaped the museum world on a global scale. These exceptional Torontonians travel to exotic places like Abu Dhabi and China helping to create a better understanding of the local culture through their work coordinating and developing museums.

John also recently directed From Field to Studio: The Art of Paul Kane, an interactive DVD based on his award-winning television documentary, Visions from the Wilderness: The Art of Paul Kane. This groundbreaking project fuses the documentary form with interactive technology, enabling the user to gain greater insight into the mind, work and times of one of Canada’s most culturally influential and controversial artists. An interactive exhibit created out of the DVD is a permanent dual screen exhibit at the Royal Ontario Museum'sDaphne Cockwell Gallery of Canada: First Peoples. In addition to Paul Kane, John has produced a range of arts biographies including the Juno nominated, Buffy Sainte-Marie: A Multimedia Life, the first-ever screen biography of the well-known activist, singer-songwriter and digital artist.

Before turning his attention full-time to his work at CineFocus Canada, John was a researcher for both CTV News and the CBC. He has a Master's Degree in Political Science from York University and a BA in History from Carleton University. John also attended Ryerson University's School of Journalism.