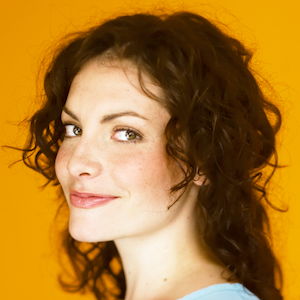 My name is Laura Stavro-Beauchamp. Over the past several years I have been employed as a financial journalist in the UK and Canada, writing first for mortgage brokers and then for investment bankers and hedge fund managers through the great recession. I am currently a freelance journalist in Toronto covering the Canadian and international markets and producing live news and feature content at the Business News Network.

At Mortgage Strategy, the only UK mortgage trade publication to remain in print throughout the crisis, I regularly provided exclusive coverage of the market and endeavoured to do so in a way that was as accessible to the London large office broker as it was to the one-man band in a village in the North. Just over a year after being hired as a reporter I was promoted to deputy news editor and oversaw not only the layout and execution of the news section of the weekly print edition but also the maintenance of the website, two junior reporters and a web of contacts across the UK.

In December 2009 I was hired to the news desk of the FT Group’s dealReporter, a hedge fund facing newswire. Soon after arriving I was asked to spearhead the coverage of the European credit crisis and, with a team of analysts, developed actionable content that examined corporate refinancing - predicting bond issuance and credit downgrades, analyzing balance sheets and isolating potential asset sales and financial action plans of +EUR 200m corporations.

I also specialized in European mining deals and covered Xstrata’s rights issue and attempted takeover of Anglo American, tracked and predicted much of the refinancing at ArcelorMittal and uncovered Glencore’s plans to launch a pre-IPO convertible bond in December 2009.

In March 2010, following a promotion to senior correspondent, I decided to reassess my living situation and spent three months in Bolivia working as a care volunteer at an orphanage in Cochabamba. I’ve since returned to Toronto to launch a career as a freelance journalist and pr professional.

As a child born to a Canadian business family that was deeply involved in retail, real estate, sports and philanthropy I was exposed to numerous politicians and business leaders. My time at the FT Group allowed me to expand that roster to include top bankers, CEOs, mining analysts and other experts in Paris, Switzerland, London, New York and Cape Town. Since returning to Toronto I have continued to grow that list to include Canadian experts in social innovation, the consumer, industrial, mining and financial services sectors.