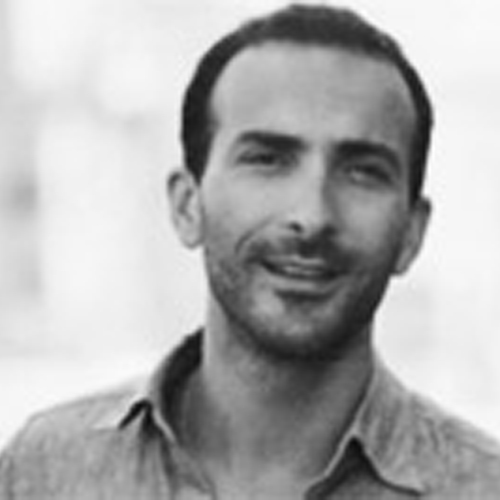 Throughout his fourteen-year career as a director, writer and producer, Mateo Guez has taken the same fearless approach to his art that he has applied to life outside his work. Born and raised in Paris, Guez has no formal training in film; instead learning his craft by watching literally thousands of films, educating himself in the techniques of film production, and trusting completely in his ability to visualize the end result of his efforts, even in the face of seemingly overwhelming obstacles.

That ability has informed a characteristically diverse body of work and won him no small amount of critical acclaim. His 1996 effort, Le Dernier Jour, took first prize at the Decine festival, and the Audience award at the International Film Festival of Cergy Pontoise. Since then Guez has amassed an impressive list of credits; directing music videos for a variety of European and Canadian artists including Molly Johnson, as well as directing the much lauded short film, L’Ultima Notte, which was screened at a variety of prestigious festivals worldwide in 2003 – including The Toronto International film festival, the 26th Clermont-Ferrand International short film festival, the Berlin International film festival, and the Inside Out Toronto Gay and Lesbian Film festival.

His more recent efforts include his work as one of three contributing directors to the unique interactive feature, Late Fragment – an official selection at TIFF 2007 – as well as a variety of cutting edge short films/photo installations shot using only a Motorola cell phone.

The latest of these interactive cell phone photo/video installations was exhibited at the 2009 ContactAnnual Toronto Photography Festival and shares not only its name, but also its subject matter with his 2009 feature film debut, Off World.

Shot on location in the vast urban slum of Manila’s Smokey Mountain in the Philippines, the film is an intimate portrait of both the place, and the people who inhabit it. By turns poetic and atmospheric, Off World is a tribute to the tenacity of human spirit and a document of the singular beauty that can be found in even the most chaotic of circumstances and amidst the most devastating suffering – If one can only manage view it from just the right angle.

Guez’ ability to capture that viewpoint, and to communicate it so vividly and fully to both his audience and to the people of Smokey Mountain, who participated unreservedly in the making of the film, is as rare as it is captivating.

Off World premiered at the 2009 Sao Paolo Film Festival in 2009 and won the Tonya Lee Williams Award for Outstanding Canadian Feature at the 10th ReelWorld International Film Festival. Guez’ next feature, entitled Innocent, is currently in development with Telefilm Canada.