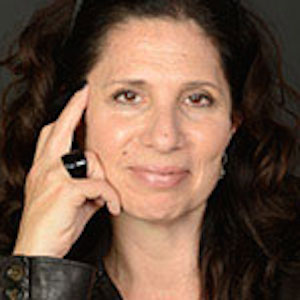 Francine graduated from McGill University's film program and joined the National Film Board to co-produce and direct her first documentary film, Half the Kingdom. A controversial film about women and Judaism, Half the Kingdom was invited to participate in more than twenty international film festivals: was broadcast in Canada on TVO, in the U.K. on Channel 4 and in Australia on SBS;and was supported by Telefilm Canada. The film won several awards and was nominated for two Geminis: best documentary program and best direction of a documentary program.

Francine produced and directed Exposure: environmental links to breast cancer, a documentary which explores the connection between toxins in the environment and our physical health. Hosted by singer/actor Olivia Newton-John, Exposure has been broadcast in Canada on CBC & TVO; and won the best Health Documentary award at the New York Film and Video Festival.

Francine directed and co-produced with New Zealand producer, Jonathan Dowling, the feature film Punch Me in the Stomach, starring Deb Filler. The film is based on Filler's 36-character off - Broadway solo performance piece. It is a story of the triumph of one man, a Polish born concentration camp survivor, as told by his comedienne daughter, Deb. A co-production with New Zealand, Punch Me in the Stomach was produced in association with CBC with funds from the OFDC and New Zealand on Air. It was broadcast on Bravo and PBS. The film had its world premiere at the London Film Festival and then toured film festivals internationally.

Francine co-produced, directed and co-wrote a short drama, Passengers, about a road trip a father and daughter take through time. Passengers was made in association with CBC & Showcase and had its world premiere at the Toronto International Film Festival and was invited to festivals in Palm Springs, San Paulo, Berlin, Vancouver, Montreal, San Francisco, Los Angeles and London. Passengers was selected for screening in New York at the Independent Feature Project's Sundance short film program.

Francine co-produced a dramatic anthology TV series, The Atwood Stories with Shaftesbury Films and Original Pictures in association with the W Network. The Atwood Stories is based on the short stories of renowned Canadian author Margaret Atwood. Francine also directed and co- wrote one film in the series entitled The Sunrise. Rebecca Jenkins, the lead in The Sunrise, was subsequently nominated for a Gemini for best performance and the series was nominated for a Gemini for best dramatic series.

Z Films' passion for fashion and dance led to Making the Cut, a documentary about the Canadian fashion industry, which features accomplished Canadian actor, Wendy Crewson, and aired on the Life Network. She also completed a short dance film entitledUrban Creatures for Bravo Television with Canadian dancer Nicole Fougere.

This passion has culminated in the development of a new project, the creative fusion of these two diverse, yet complimentary worlds: the traditional, sophisticated field of dance, and the glamorous, exciting world of high fashion in their new project, Quatre Saisons, a dance film bringing together four Quebec choreographers and four Quebec fashion designers. Francine is a member of the Independent Film Project, New York; Directors Guild of Canada; has served as a jury member for the Ontario Arts Council, Media Arts Program; a jury chair for a Gemini Awards at The Academy of Film and Television and is one of the founding members of Femmes du Cinema de la Télévision et la Vidéo a Montréal.Recently, Francine was chosen to participate in the NFB Universal Multiplatform Workshop at the Canadian Film Centre and has gone on to develop a new transmedia project with TV veteran David Goorevitch.

Francine was invited to attend the prestigious ‘Script Factory - Scene Insiders' script development program in London, England supported by the Canada Council. As well, she was supported by ‘The Irving Avrich Fund' to promote Canadian filmmaking talent as part of the Toronto International Film Festival.