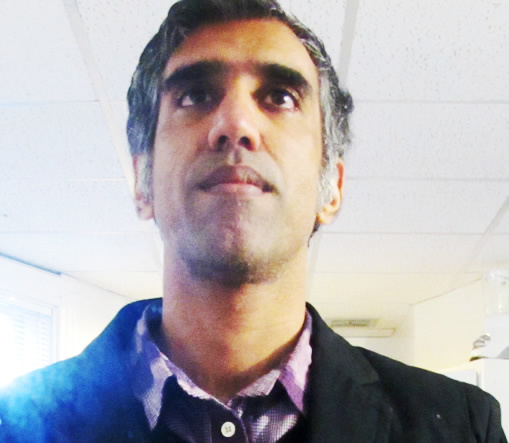 Shahid Quadri is a freelance interactive designer with 12 years experience. He has worked in many industries, including advertising, the music industry, and the documentary film world. Past posts include Associate Creative Director at the digital arm of Palmer Jarvis DDB - Tribal DDB, web marketer at the National Film Board of Canada, prototype designer for interactive film at the Canadian Film Centre. Past work includes web sites for Sarah McLachlan, K-OS, Naomi Klein and Irshad Manji.

In 2009 Shahid graduated from the Canadian Film Centre’s (CFC) Interactive Art and Entertainment Program. Here he explored interactivity and storytelling when he collaborated on an interactive graphic novel in 3D space.