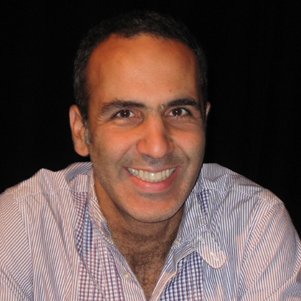 As Producer and Co-founder of BlueSponge, Fady Atallah is in charge of business development and new media operations.

Before he turned to content production, Fady had been an economics and strategic planning consultant with the Gamma Institute, a Montreal-based think tank studying globalization, economic development, and strategic governance. He then joined ISOGROUP as a business consultant, working on corporate strategic planning processes. As an independent consultant, he has conducted several research projects for the United Nations Development Programme and has had several research papers published. Fady has a Bachelor’s degree in Economics and a Master’s in Political Science from the Université de Montréal. He has also completed a graduate diploma in management at McGill University.

Fady also directs the strategic development of Urban Operator, a joint company by BlueSponge & Locomotion, which leverages web and mobile technologies to enrich the exploration of city life. The first application of UO is www.madeinMTL.com which has won several awards in Canada and abroad (Canadian New Media Awards, Cannes Cyber Lions, Vidfest, South by South West among others).