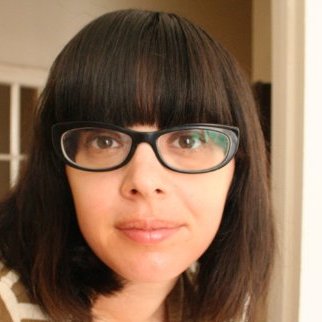 Ministry of Tourism, Culture and Sport

Rose Bianchini is a communications expert, producer, digital innovator and artist. Currently she is the Manager of Interactive Marketing for the multi-arts Luminato Festival. She is a graduate of the New Media Lab at the Canadian Film Center where she co-designed an interactive hoodie that functions as a game platform. Rose has developed interactive content for production companies Sinking Ship, creators of This is Daniel Cook and Ganz Entertainment, creators of Webkinz and Orange Paper Clip Production.

She has produced and written television content for the Life Network, a youth culture show on TVO and The Hour on CBC television. She has been a regular contributor to CBC radio for shows such as Outfront and Radio 3. She has interviewed subjects, directed and edited video documentaries for clients such as Bunchland Family Salons Roy Thompson Hall, Spacing Magazine, Yonge Street Media and the Polairs Music Prize. She has also directed music videos for bands The Phonemes and Gentleman Reg, which aired on several networks across North America.

Rose has art directed several projects which include: the NSI drama prize winner Till Death do us, the web series Seth on Survival, the BravoFact project Dogaseur and the Rat King Apocalyptic Rock Opera that was remounted three times including the New York Theatre Festival. Her own art work has been exhibited at the Toronto Harbourfront, The AWOL Gallery and the Toronto Free Gallery. She co-created the family-oriented participatory plush metropolis called The Soft City that has exhibited and contributed to by thousands of children and families at large-scale events and galleries such as Toronto City Hall, The Canadian National Exhibition The Power Plant, Doors Open Toronto and Toronto the Good. She has also conceived and ran youth media workshops for street involved youth, low-income youth and The Ontario Science Center.

She writes a column for the magazine Bunch Family, called DIY Nesters about the adventures of raising identical twin boys.