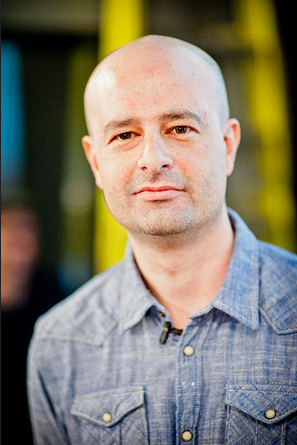 Before moving to Canada and joining DDB (one of the most recognized, award-winning advertising firms in the country), Alex Beim was a 20-year-old design junkie running his own graphic design firm in Montevideo, Uruguay. He built on his early success, specializing in graphic design for major nightclubs, before launching the country’s first graphic design magazine.

As Associate Creative Director at DDB, Alex was instrumental in the company’s rapid growth and distinctive design esthetic. Brands known around the world have benefited from his strategic and artistic talents, including Pepsi, IKEA, Yellow Pages, Esso, KIA, Clorox and Unilever, garnering him awards from Applied Arts Magazine, Cannes Lions, Digital Marketing, Graphex and others.

But it’s his latest venture, Tangible Interaction Design, that keeps him up at night awash with possibility. Imagine unplugging people. Astounding them in a space they may have seen a thousand times before. Allowing a company to showcase their brand in live, three-dimensional, interactive ways. The possibility of spaces and applications are positively endless.