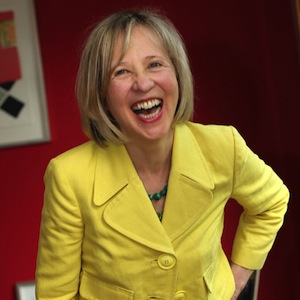 Franke James: Banned on the Hill

The pro-oil Canadian federal government is gagging artists and scientists, trampling Canada’s long record as a global leader in environmental protection and human rights, all to promote tar sands, the dirtiest source of oil on Earth. Franke James is one Canadian who isn’t taking it. She has been called, “ a wicked thorn in Stephen Harper’s side” and a ‘troublesome artist.’ Why? All for asking tough questions about Canada’s dirty oil, leaky pipelines, and failing environmental record. Her story “What is Harper afraid of?” has motivated nearly 8,000 people to write to Ottawa to register their concerns.

James’ 20-city European art show was cancelled as a direct result of behind-the-scenes government interference by high-level bureaucrats, including the Deputy Director of Climate Change, Jeremy Wallace, a Canadian Ambassador, Scott Heatherington, and a Senior Trade Commissioner in Berlin, Thomas Marr. According to the internal government documents, James was censored because her art was “advocating a message that was contrary to the government’s policies on climate change.”

The artist has vigorously and creatively fought back against the government’s interference and censorship calling it an infringement on her right to free expression. James used freedom of information laws to obtain  2,172 internal government documents concerning herself. She has mounted two crowd-funded art shows to protest the silencing of environmental voices. The first show took place in 2011 in Canada’s capital city, Ottawa. James has organized a new outdoor crowd-funded poster show to coincide with the publication of her new book, Banned on the Hill. It features an ominous art work inspired by the Canadian government and James personal experience of being censored. The work shows the Canadian Parliament Buildings dropped into tar sands with the words, “Do Not Talk about Climate Change. It is against government policy.” The poster show is travelling to Canadian and U.S. cities in 2013.

Banned on the Hill, published in May 2013, is Franke James third book. Through eight visual essays, James traces her personal journey as an active citizen discovering the power of speaking out. Interviewed in theGuardian UK newspaper in May 2013, James said that she hoped the book would serve as a how-to guide to other activists hoping to fight back against government censorship, especially with humour. “It’s kind of like a judo flip, meaning that you can actually flip someone who is much bigger than you.”

In addition to Banned on the Hill, James is the author of two award-winning books, Bothered By My Green Conscience and Dear Office-Politics. Both were published in 2009. In Bothered by My Green Conscience, she recounts her adventures in going green, which included selling her only car, an SUV, and fighting bureaucracy at City Hall for the right to build a green driveway. (She won!) Franke’s artwork and books have won awards and been featured in print, TV, radio and online in Canada, the USA and in many parts of the world. She has delivered keynotes, speeches and workshops at educational events in Canada and the USA.