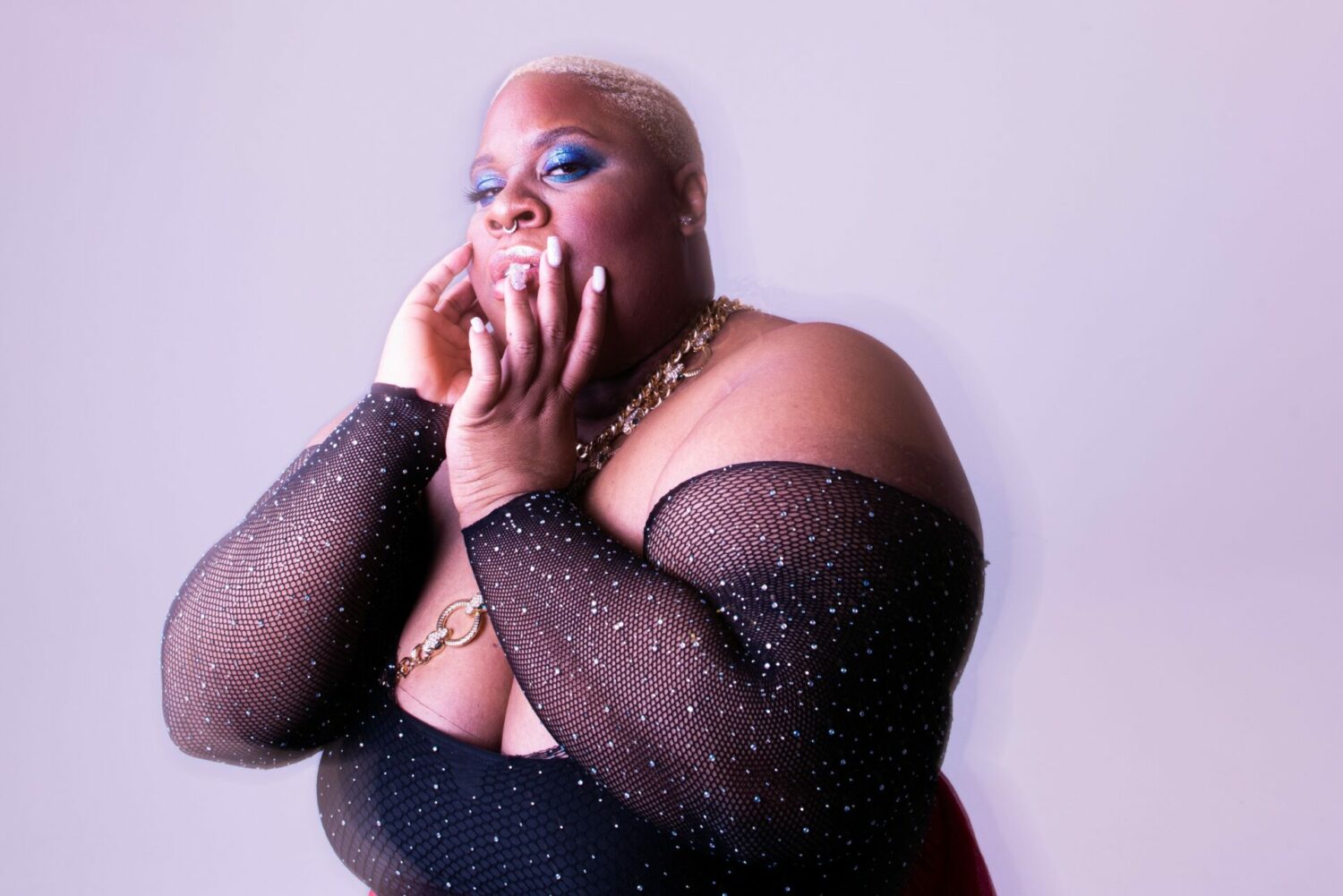 Canadian singer-songwriter TiKA’s latest album Anywhere But Here mesmerized music lovers with her hypnotic vocals, vibrant sound and intimate lyrics. The album is a collection of soul-soothing R&B melodies, consisting of self-affirmations, while exploring the complexity of relationships. The Toronto-based creative recently won her first Canadian Screen Award alongside fellow Slaight Music alum Casey Manierka-Quaile (Casey MQ) for Achievement in Music – Original Song for “And Then We Don’t,” a song they wrote for Thyrone Tommy’s (another CFC alum!) debut feature, Learn to Swim. In addition to her soaring musical success, TiKA is shattering barriers in film and TV and fighting for representation in screen composing as the co-founder of StereoVisual, a non-profit organization created to bridge the gap between Black, Indigenous and racialized producers, beat-makers, musicians and sound artists who face systemic barriers to entering the screen industry.

We recently caught up with TiKA to discuss her latest ventures in music, philanthropy, and what the future holds for the talented creative.

Who and what inspired you to become a musician?

My grandmother did. She was one of the first to ever believe in me. Prince, Whitney Houston, Michael and Janet Jackson [also] inspired me deeply. I studied each of them tirelessly. Form, craft, execution, moves, vocal abilities, sustainability. I am deeply inspired by them.

This year, you and fellow Slaight Family Music Lab alum Casey MQ won the Canadian Screen Award for Achievement in Music – Original Song for “And Then We Don’t” for Thyrone Tommy’s debut feature Learn to Swim. Can you tell us the story behind this collaboration?

This story is magical. I was connected to Thyrone through David Hayman from The Supergroup. He told me it was imperative that we connect with one another and that we’d be a match made in musical and visual heaven. He passed away unexpectedly a year prior to the film being completed. I worked with Thyrone prior to him having the film completed. We had many days and evenings chatting about the importance of the artistic integrity of the film. We also spoke about the fact that the film centers around loss and he wanted me to write a record about imbalance. So, I called on Casey MQ and we created this melancholic beautiful record called And Then We Don’t. In the record I keep saying, “We try to get there…and then we don’t.” Signifying the discomfort around feeling dismayed when we can’t arrive at a place of peace with someone we love. It’s one of my favourite records written thus far so I was honoured to have received the award.

Describe the moment you learned you just won your very first CSA.

I was connecting a few moments prior with my friend Ian Keteku who wanted to celebrate the nomination with me and he was kind enough to make me tea and snacks. Maybe an hour before I realized I had the nomination ceremony so I took a quick shower and put on a little lip gloss. I also wrote down a few notes of who to thank and didn’t really expect much. When my name was called I was in shock for A LOT longer than I had anticipated. LOL. When I was able to gather myself, I remember giving my thank yous and feeling so nervous that I was going to cry on national television. I was grateful to my ancestors that I didn’t. In totality, I felt reflective, humbled and thankful for all the magical pieces that brought us all together to make this unbelievable film. 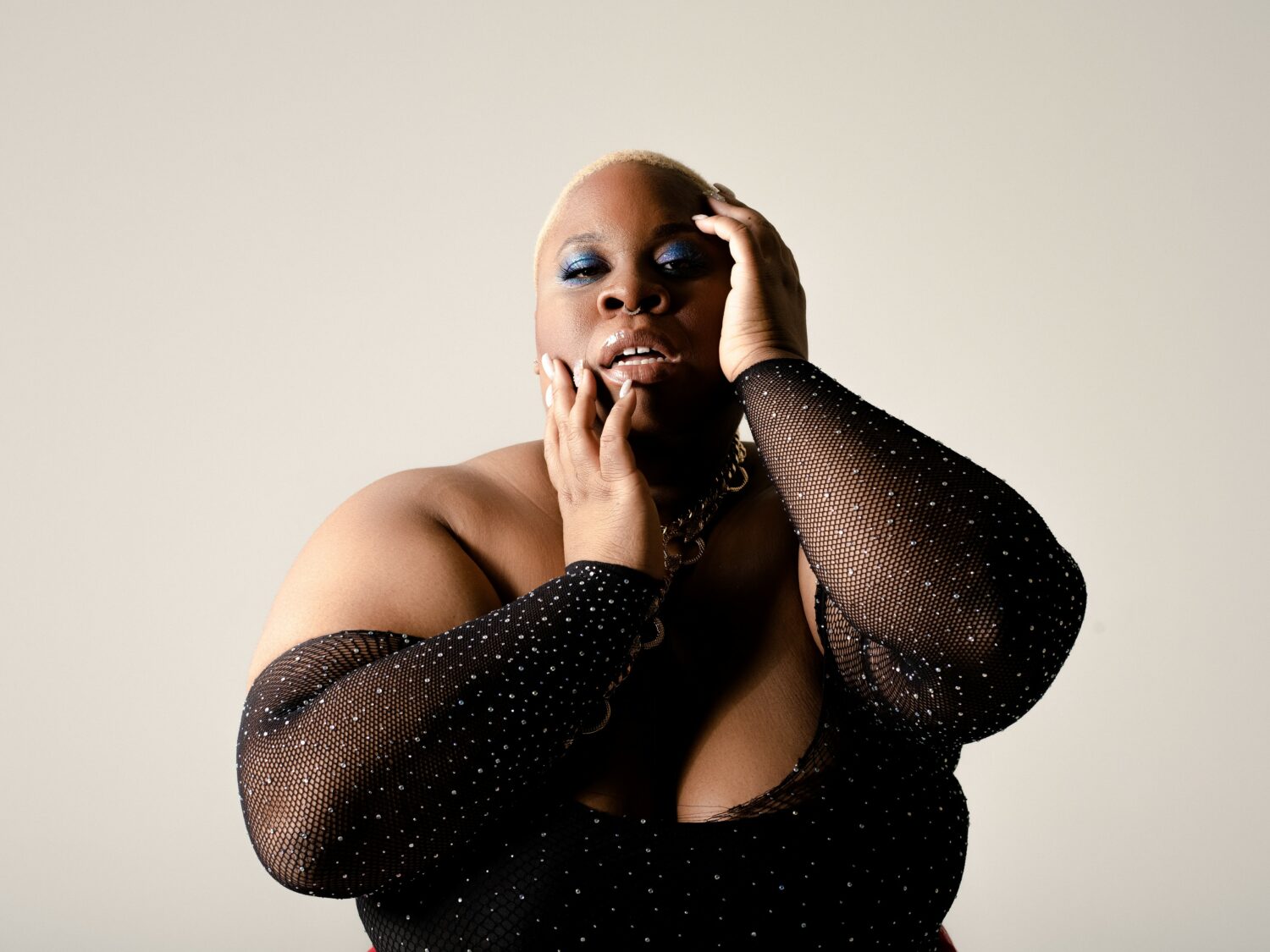 Can you tell us your creative process when you write new music?

I’m meditative and reflective. I pray and try to get into a calm zone. Casey is excellent at drawing emotions out of me too. I also love to doodle while I make music. It helps me to get the lyrics fleshed out.

Your latest album Anywhere But Here captures so many raw emotions, and it comes through in the lyrics, the sound, and of course your voice. Can you tell us about the creative and personal journey behind this body of work?

Totally. This album was definitely a purge of various emotions. I recorded this album in 2016 after leaving my job and feeling frustrated for not pursuing what I loved. I also realized that in my life I had internalized many unresolved emotions. Music helped me to channel and express those emotions fluidly. In terms of process, I worked on this project with Casey MQ in full. He’s responsible for producing this entire body of work. I started with my rendition of Prince’s I Would Die 4 U to signify my adoration for The Divine. I knew that if Casey could replicate what I heard in my head, then he would be the right person to work with. He absolutely was and that cover started our relationship in music. Casey was patient with me throughout the entire process. I’ll admit that there were days when I was nervous and even scared of my own voice. I can admit that there were days when I was toxic but he was patient and guided me. I was really afraid and that came from years of being conditioned and told that I wasn’t good enough by various lovers. This album healed the years when I had no knowledge of my self-worth. I also sung about dreams and dreaming. It’s a beautiful beginning but certainly not my last work. I could never leave my audience in such a melancholic space. There is much to live for. And much more love to discover.

Do you prefer being in the studio or on stage?

Have you ever dealt with performance anxiety? And can you share with us one of your experiences and how you overcame it?

OF COURSE! Lawd! I remember I had my first show and you couldn’t get me up there without three edibles and I had my hands behind my back. I was terrified. That was my normal ritual for a while and then I realized that I wanted to be present for the actual experience and not be semi-present. So, I stopped taking the edibles cold turkey and just forced myself to learn to be present. It became a meditative practice of introducing healthier rituals into my on-stage presence.

There’s a lot of discussion regarding diversity, equity and inclusion within the screen industry but we want to know what’s happening with diversity in the music industry?

I think the music industry is shifting way quicker to be honest. However, I’d like to see more WOC (women of colour) and Black women at the forefront. We work entirely too hard to not be seen, heard and acknowledged for our work.

Any words of wisdom for aspiring musicians?

Yes. Get to know yourself intimately because the industry is filled with sharks who can sense when someone is naive. Know your worth, kick down doors and bring a few folks with you. It isn’t lonely at the top; it’s exclusive. Surround yourself with folks who believe in your vision.

What is currently inspiring your music?

What’s next for TiKA?

The official launch of StereoVisual. A new album is in the works. A few amazing tour dates. I truly go wherever the wind takes me. So, you’ll just have to stay tapped in with me and wait and see.