CFC BLOCKO! is a seven-part series and call to action piece from acclaimed creator Charles Officer ( Akilla’s Escape), produced by Canesugar Mediaworks with new episodes premiering every Wednesday from October 14 to November 25, 2020.

Clement Virgo is a CFC graduate and one of Canada's foremost film directors. His TV directing credits include The Wire, Billions, American Crime, Empire, and Greenleaf, on which he served as director and executive producer with Oprah Winfrey. Greenleaf won the NAACP award for best drama series in 2019.

In 2015 he directed, co-wrote, and executive produced the miniseries adaptation of The Book of Negroes, which debuted to record-breaking numbers on the CBC and BET in the U.S. and was nominated for two U.S. Critics Choice Television Awards and shortlisted for a Peabody Award. Virgo’s additional accolades include four 2015 NAACP Image Award Nominations, including a win for Best Screenplay, and a DGC Award for Directing for Television Movie/Miniseries for The Book of Negroes.

Virgo’s feature films have premiered at TIFF, Sundance, and Berlin film festivals. His movies include Poor Boy's Game, Lie with Me, and Love Come Down. Virgo's first feature RUDE, made through the CFC Feature Film Project, premiered at the 1995 Cannes Film Festival.

Lea Marin is an award-winning Toronto-based producer with more than 18 years of experience. A graduate of the Canadian Film Centre’s Producers’ Lab, Lea joined the National Film Board of Canada as a producer in 2006. Her most recent film credits include Astra Taylor’s What is Democracy?, which premiered at TIFF 2018, and Charles Officer’s Unarmed Verses, which won the Best Canadian Feature Award at Hot Docs 2017.

Additional credits include Chelsea McMullan’s My Prairie Home, and The Portrait, directed by Academy Award-nominated filmmaker Hubert Davis. Lea is currently in production on Throat, a co-collaboration between Chelsea McMullan and artist/activist Tanya Tagaq.

Shernold Edwards is an award-winning film and TV writer with roots in genre/sci-fi and family drama. Shernold adapted the acclaimed novel A Day Late and a Dollar Short by Terry McMillan (Waiting to Exhale) into a TV movie for Lifetime, starring Whoopi Goldberg and Ving Rhames. For that project, she received the 2015 NAACP Image Award for Outstanding Writing in a Television Movie or Mini-Series. Shernold wrote for the final three seasons of SyFy’s Haven, was a producer on the third season of Fox’s Sleepy Hollow and on season two of Amazon’s Hand of God, starring Ron Perlman and Dana Delany.

Most recently, Shernold was a consulting producer on the CBS series The Red Line, executive produced by Ava DuVernay and Greg Berlanti; a co-executive producer on season three of Netflix's Anne With An E; and wrote a TV pilot for Entertainment One (eOne), adapted from the bestselling Fiona Griffiths mystery novel series from Harry Bingham. Prior to writing, Shernold was a production/development executive at CTV (Canada), where her projects included award-winning TV movies and series like Degrassi: The Next Generation. She attended the Canadian Film Centre's Professional Screenwriting Program and has a Screenwriting MFA from Columbia University.

Joan Jenksinson is an accomplished veteran television executive whose passion is to help storytellers bring their ideas to life. As Vice-President, Independent Production at ZoomerMedia TV Division, Joan has commissioned, developed and executive produced hundreds of hours of award-winning creative content in all genres.

Joan served for five years as Executive Director of Women in Film and Television - Toronto (WIFT-T), where she was a pioneer in developing professional training and networking opportunities for women in screen-based media.

Joan earned the Visionary Award from the ReelWorld Film Festival in recognition of her work to promote diversity within the entertainment industry.

Dawn Wilkinson is an award-winning director and screenwriter born in Montreal and raised in Toronto. She has an Honors BA from The University of Toronto and is a graduate of the Canadian Film Centre’s Directors’ Lab and Short Dramatic Film Program. Her first feature film Devotion (2005) is a coming-of-age story based on her personal experience growing up in small town Ontario. Devotion won awards at Toronto’s Reel World Film Festival and Best Feature at the San Francisco

Like her mentor Norman Jewison (she was his apprentice on The Hurricane), Dawn is an actor’s director who knows how to get the best performances out of her cast. Her short drama Girls Who Say Yes (VIFF 2000) charts the complicated emotional journey between two young women whose friendship comes to an end. Her additional shorts include Dandelions and Wilderness.

Since being awarded the WIFT and DGC Emerging Television Director Award, Dawn has directed many of Canada's top drama series, including Heartland, Murdoch Mysteries, and Degrassi, which was nominated for a DGC Award for Best Family TV Series, and comedies Sunnyside and Kim’s Convenience, also nominated for a Best Directing DGC Award.

Dawn has directed numerous U.S. network productions, including Switched at Birth, Reign, Greenleaf, Beyond, Dynasty, The Good Doctor, The Gifted, Roswell New Mexico, The Resident, Why Women Kill, and multiple episodes of Nashville, Riverdale, Empire and Locke & Key. She recently relocated to Los Angeles where she completed an episode of How to Get Away With Murder for Shondaland and ABC Studios.

Cara Ricketts can be seen in the recurring role of ‘Mary’ in the highly acclaimed CBC / Netflix series Anne with an E, and also as a guest star in the DC Entertainment series Titans. Her previous credits include guest-starring on BBC America’s Emmy Award-winning series Orphan Black, as well as NBC’s Law & Order: SVU, CTV’s Saving Hope, CBC’s Murdoch Mysteries and CBC/eOne’s miniseries The Book of Negroes. Her feature film credits include Jean of the Joneses, Across the Line, and The Anniversary. Ricketts has also developed a significant fan base for playing the leading role of ‘Sayla’ in Ubisoft’s Far Cry Primal.

In theatre, Ricketts has performed extensively in both Canada and the U.S., including several seasons as a leading lady at Canada’s esteemed Stratford Festival; the leading role of ‘Isabella’ in Measure for Measure for Theatre for a New Audience in New York, and, most recently, in Time and the Conways on Broadway. Her other select credits include ‘Queenie’ in The Wild Party (Acting Up Stage), for which she was nominated for a Dora Award for Outstanding Performance; ‘Hedda’ in Hedda Gabler (Necessary Angel); ‘Marianne’ in Constellations; and ‘Susan’ in Race (Canadian Stage), opposite Jason Priestley.

Norman Jewison is an award-winning, internationally acclaimed filmmaker who has produced and directed some of the world’s most memorable, entertaining and socially important films, exploring controversial and complicated subjects and giving them universal accessibility. Some of his most well-known works include The Russians Are Coming, The Russians Are Coming; The Thomas Crown Affair; In the Heat of the Night (winner of five Academy Awards, including Best Picture); Jesus Christ Superstar; Fiddler on the Roof; Moonstruck; ...And Justice For All; A Soldier’s Story; The Statement; and The Hurricane, among many others.

Jewison has been personally nominated for four Oscars and received three Emmy Awards; his films have received 46 nominations and won 12 Academy Awards. In 1999, Jewison received the prestigious Irving G. Thalberg Memorial Award at the Academy Awards. In Canada, his life’s work has been recognized with the Governor General’s Performing Arts Award, and he was named an Officer of the Order of Canada, a member of the Order of Ontario, and a Companion to the Order of Canada, Canada’s highest civilian honour. In 2010, Jewison was presented with the Lifetime Achievement Award from the Directors Guild of America.

A modern trailblazer in the development of Canadian film, Jewison is committed to advancing the art of storytelling and filmmaking, both through his groundbreaking films and through his creation of the Canadian Film Centre (CFC) in 1986, which opened its doors in Toronto in 1988. The CFC is a registered charity and a leading cultural organization for the development and advancement of Canadian creative and entrepreneurial talent in the screen-based industries. 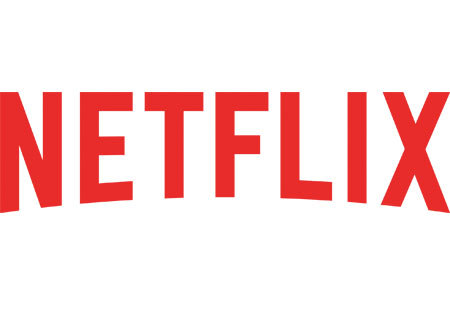 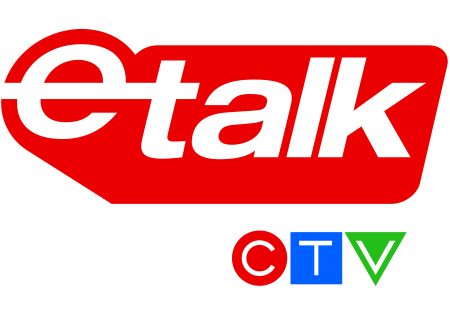 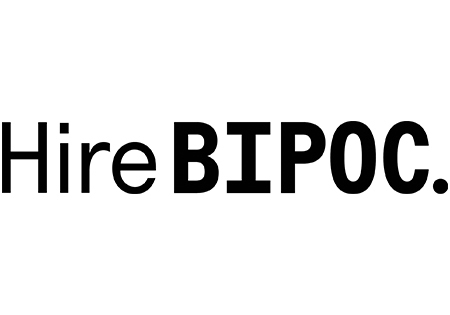 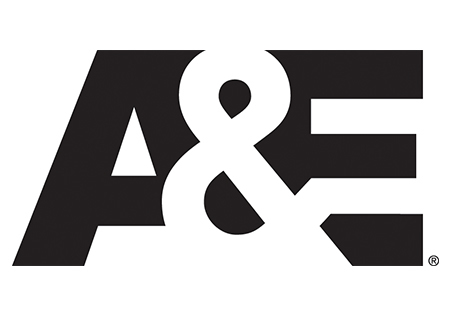 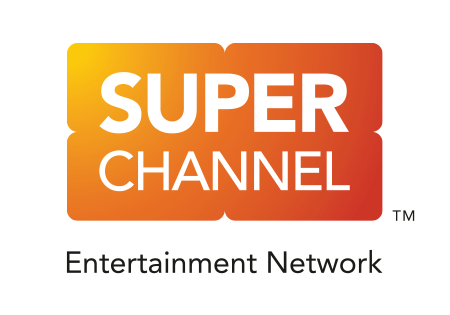 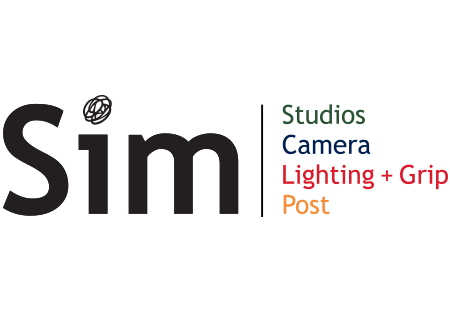 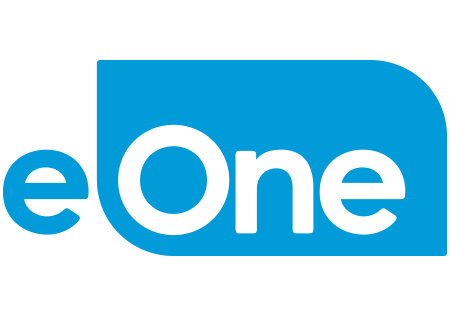 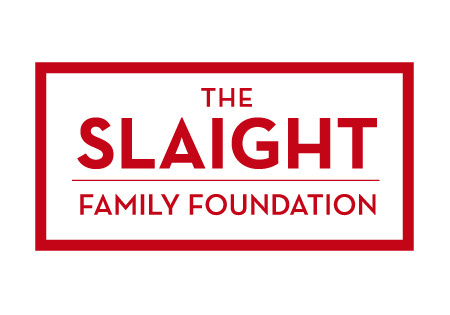 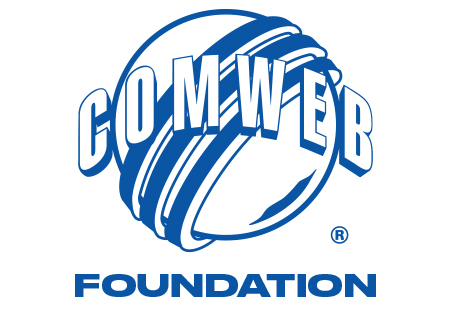 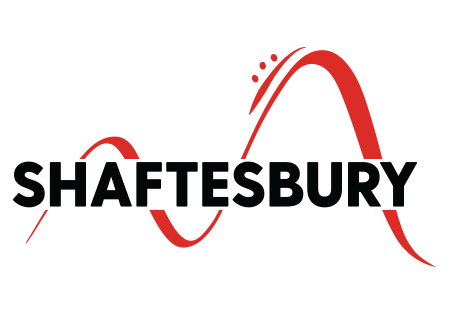 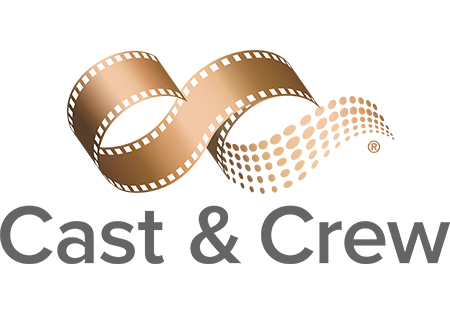 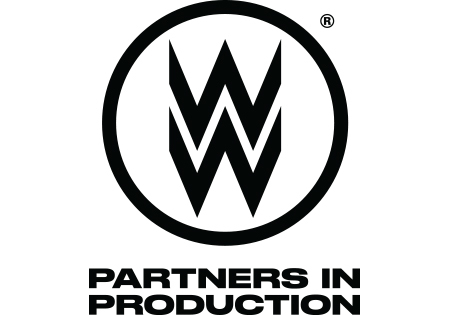 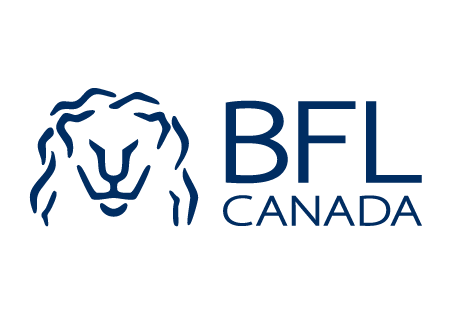 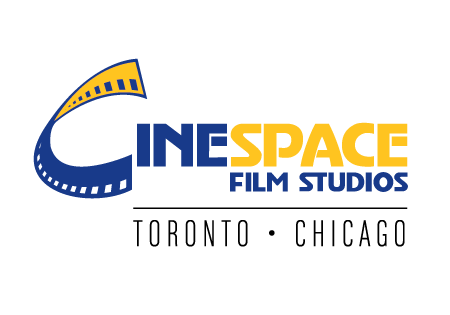 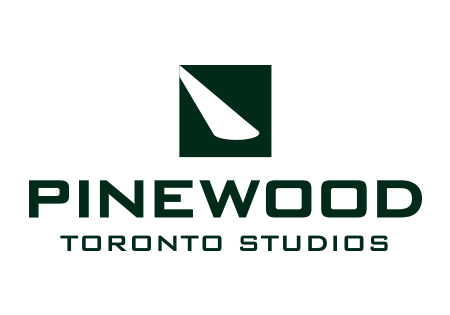 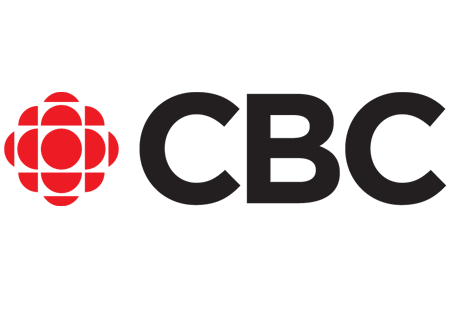 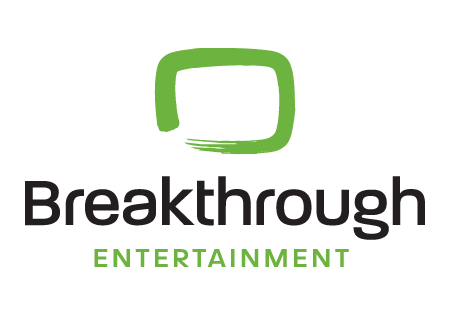 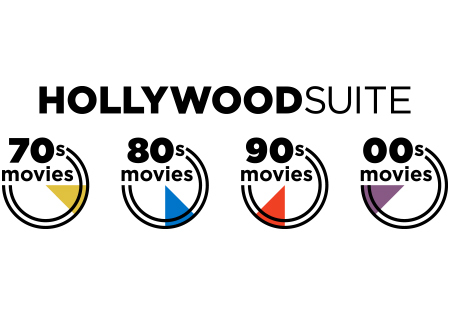 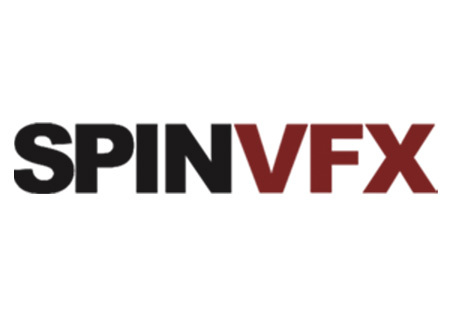 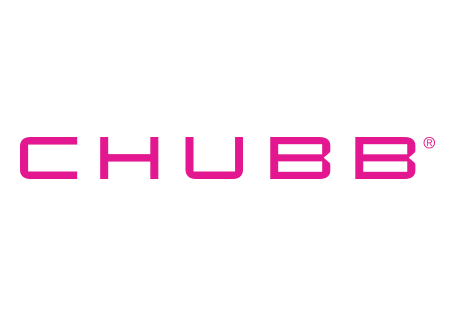 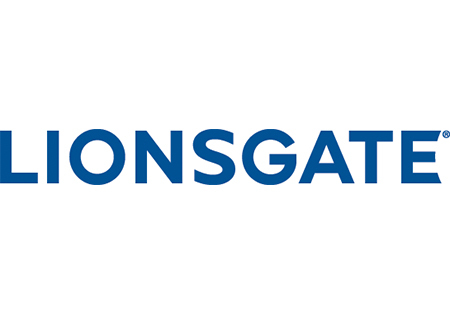 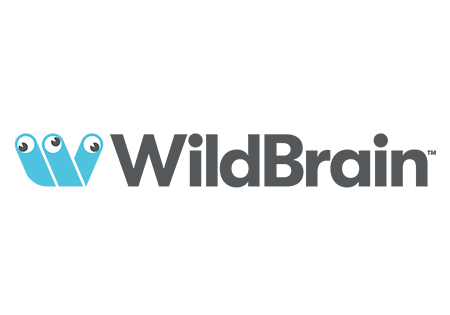 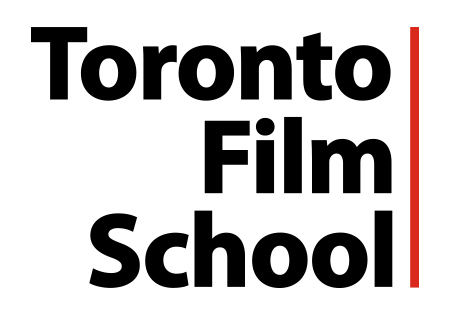 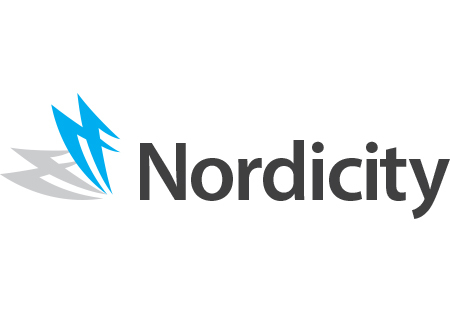 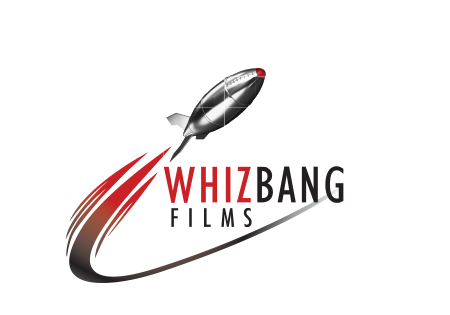 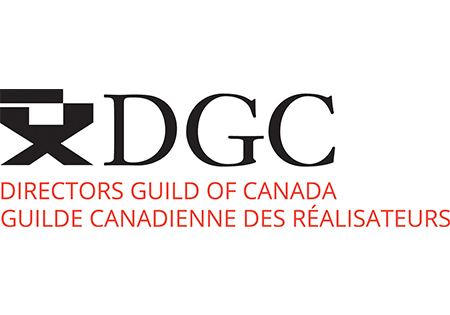 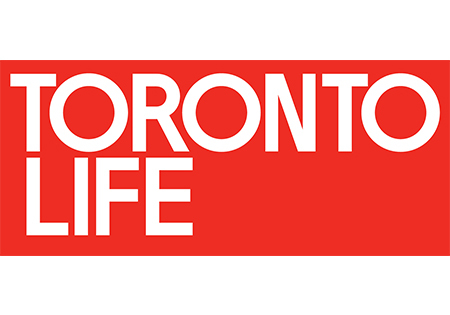 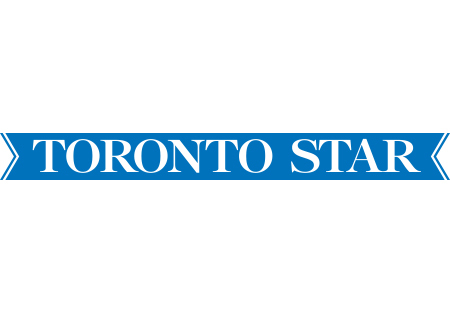