The Story of Windfields

Located within the city known as Toronto, or Tkaronto, in Treaty 13 Territory, the CFC is a settler organization that wishes to honour the people on whose traditional territories we gather - The Anishinaabeg, including the Mississaugas of the Credit and the Chippewa; The Haudenosaunee; and The Wendat. We also acknowledge that Tkaronto is now home to many diverse First Nations, Inuit and Métis Peoples.

We acknowledge that the land the CFC occupies is protected by the Dish With One Spoon covenant, an agreement between the Anishinaabeg and Haudenosaunee to peaceably share and care for the Great Lakes region.

Windfields Estate features three woodlots, two hedgerows, 55 gardens, and more than 200 specimen trees, excluding trees in the woodlots. The CFC cares for and maintains the land and resources through our woodlot and tree management plans. Over the years, we have planted hundreds of native species of trees, in order to protect endangered species, establish new vegetation, and ultimately respect the local ecology and support the biological diversity of the land.

Additionally, the Windfields Estate grounds are contiguous with the City of Toronto’s Windfields Park, and there is public access to the CFC campus. We respectfully share our land with the City and the general public, and invite individuals to visit the grounds and appreciate the beautiful lands.

As you visit Windfields Estate, we encourage you to reflect on the land that you are on, your relationship with the land, who the traditional keepers of the land are, and what the treaty relationship is. You can start by visiting native-land.ca to learn more.

From racehorse ... to film course.

In 1932, the 20-acre site at 2489 Bayview Avenue in north Toronto was purchased by Canadian financier Edward Plunkett "E.P." Taylor (1901-1989) as a home for his growing family. He and his wife, Winnifred (d. 1982), developed the property as an equestrian estate. The estate was named Windfields by Winnifred while the couple were out walking on their property on a windy autumn day.

In 1988, the Taylors consented to filmmaker Norman Jewison’s request to use Windfields for his fledgling Canadian Film Centre. 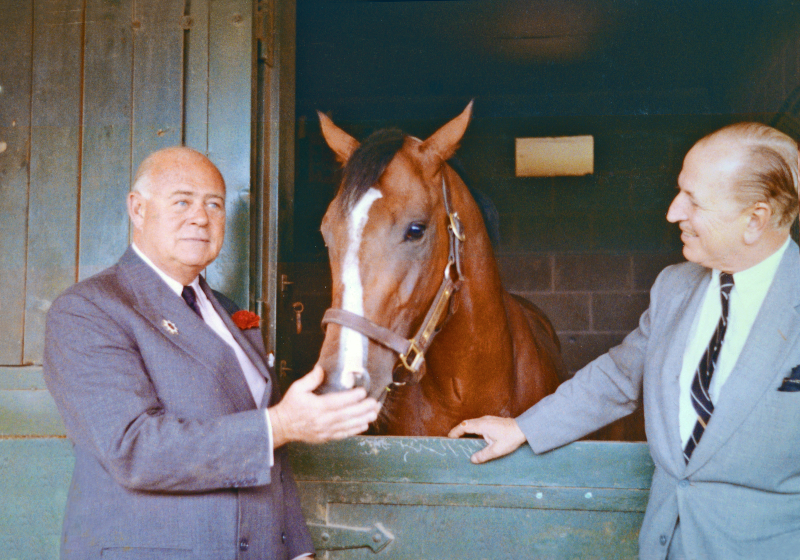 Milestones in the estate’s development: 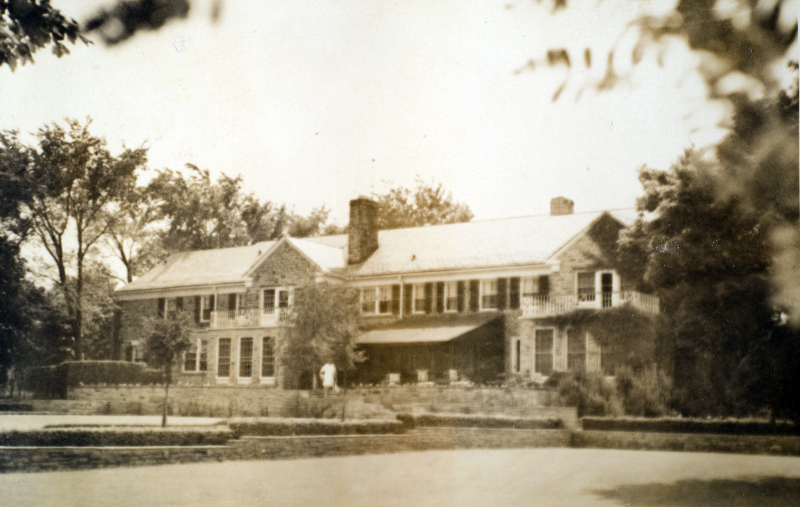 The back of Windfields Estate, 1953. Photo courtesy of the Taylor Family Archives.

The Taylors bequest Windfields Estate to the Borough of North York. (Members of the Taylor family continue to live on the property until 1987.) 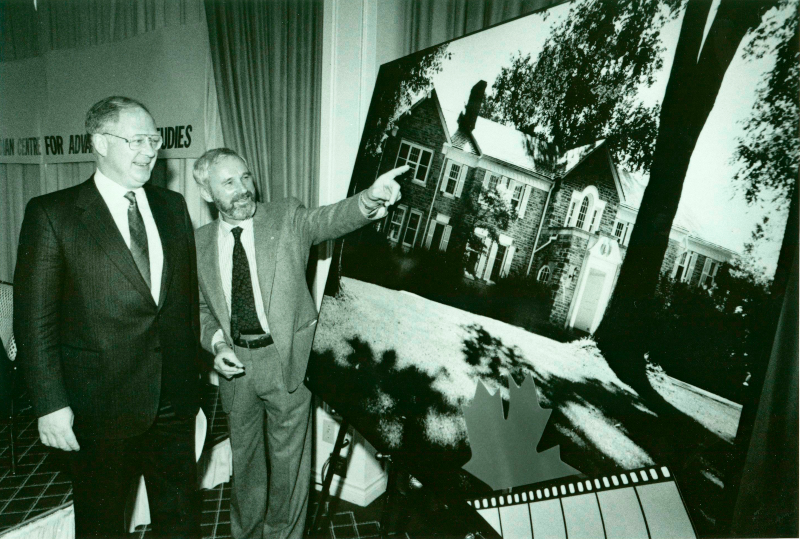 E.P.’s son, Charles Taylor, and CFC founder, Norman Jewison, announce their plans for the use of Windfields Estate to become the CFC.

The CFC enters into a long-term lease agreement with the City, renewed in 2013.

Windfields Estate is designated as a heritage property under the Ontario Heritage Act.

The Northern Dancer Pavilion after its completion in 2014.

and cabanas, houses CFC’s programs and initiatives. The completion of the Northern Dancer Pavilion marks the conclusion of the Windfields Campus Improvement Project, and heralds the full restoration and preservation of the CFC campus as a cultural landmark and Ontario Heritage Site

As a result of several archaeological assessments conducted during the CFC’s infrastructure project, nearly 2,000 artifacts were discovered and inventoried. Many were identified as dating back to the early 1800s, when the area was settled by Loyalist émigrés. Peter Whitney and his family maintained their farmstead for several generations, selling the property in 1873. It continued to change hands over the next 55 years and was purchased by the property development company Bayview Heights Ltd. in 1928. 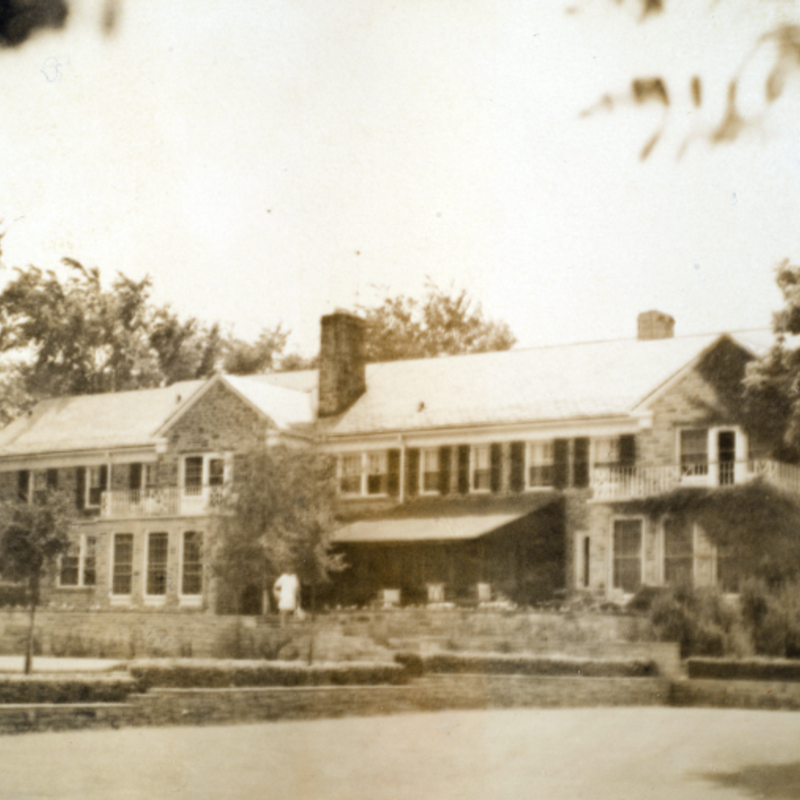 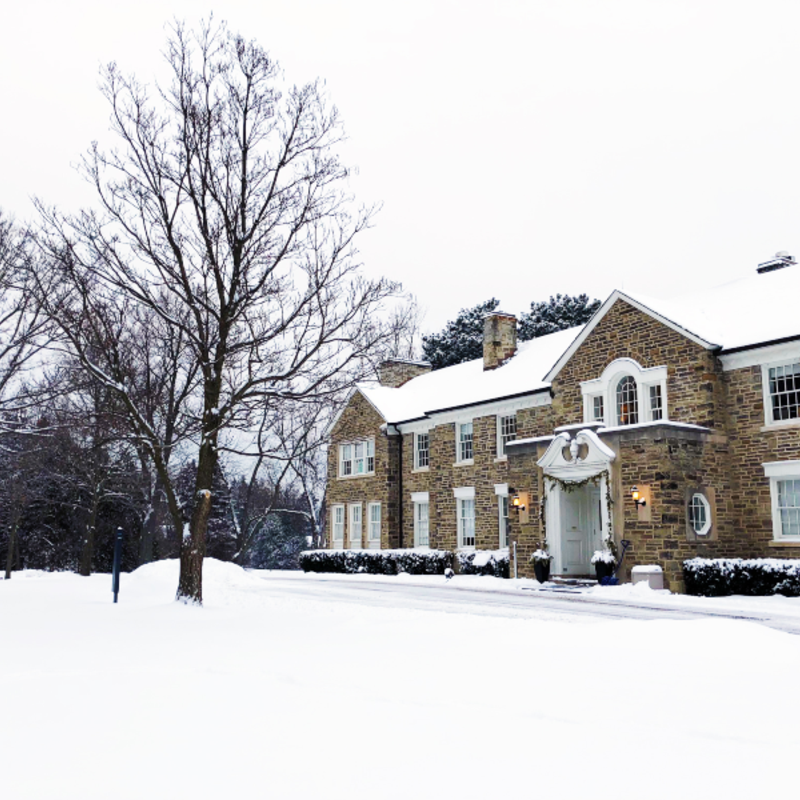 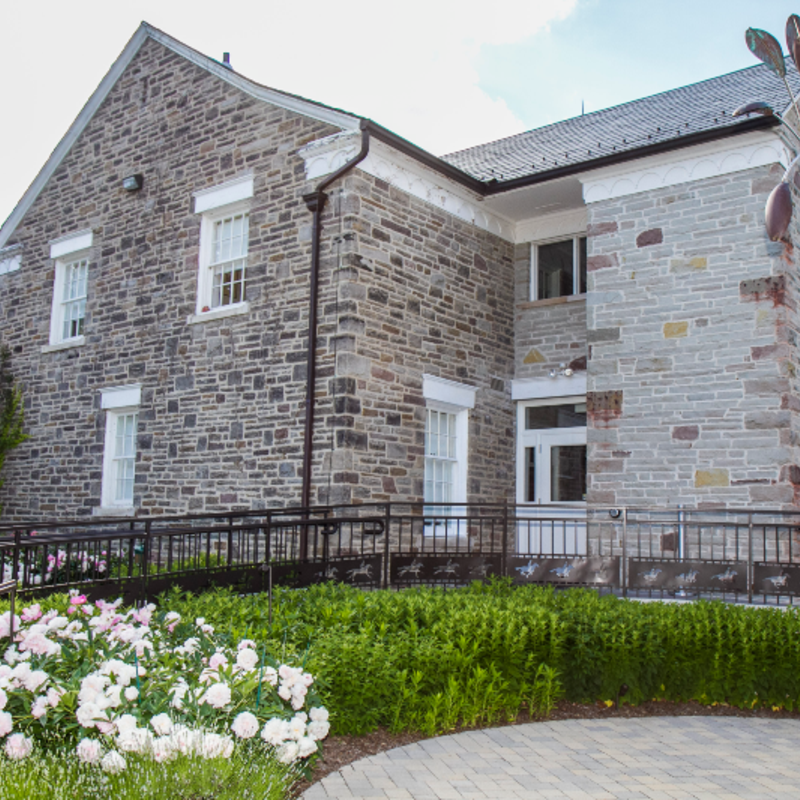 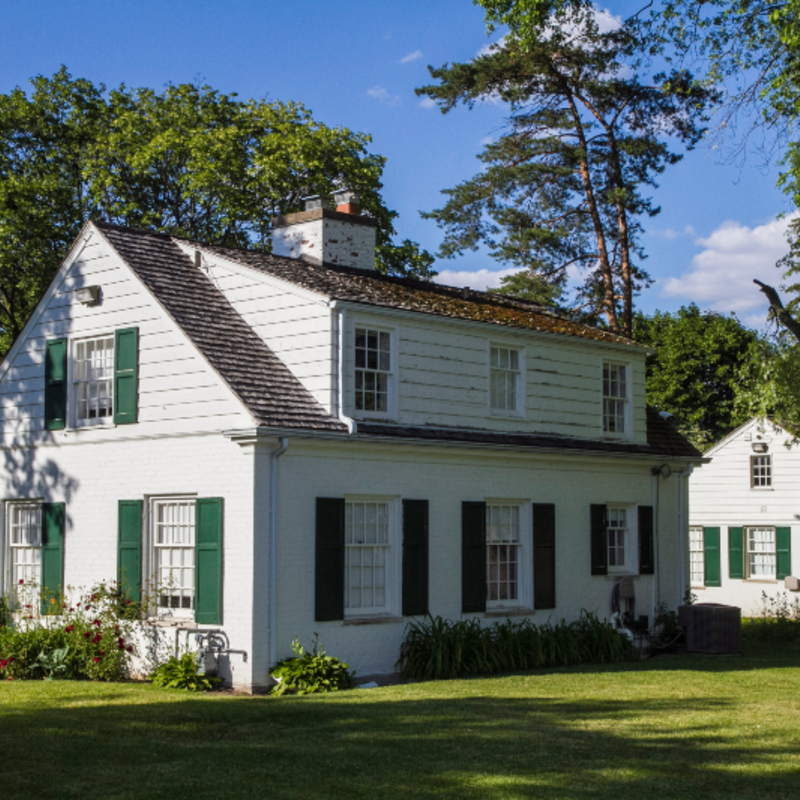 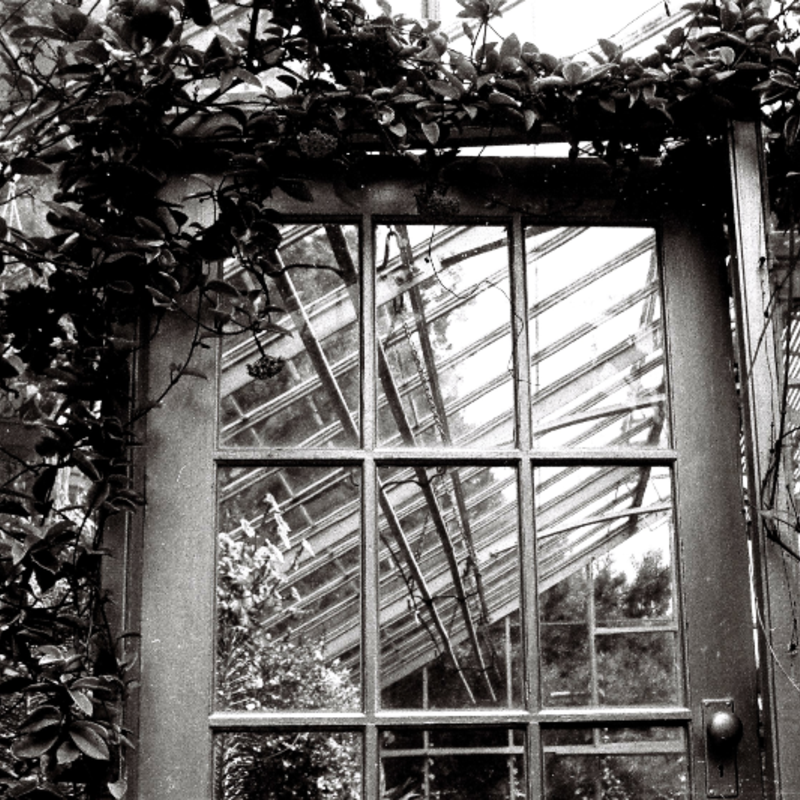 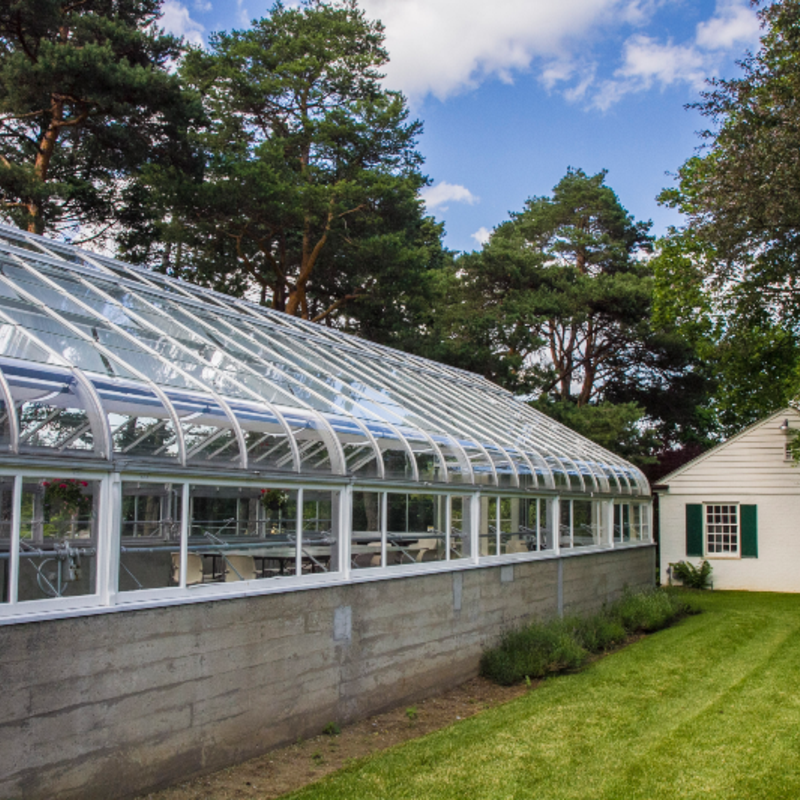 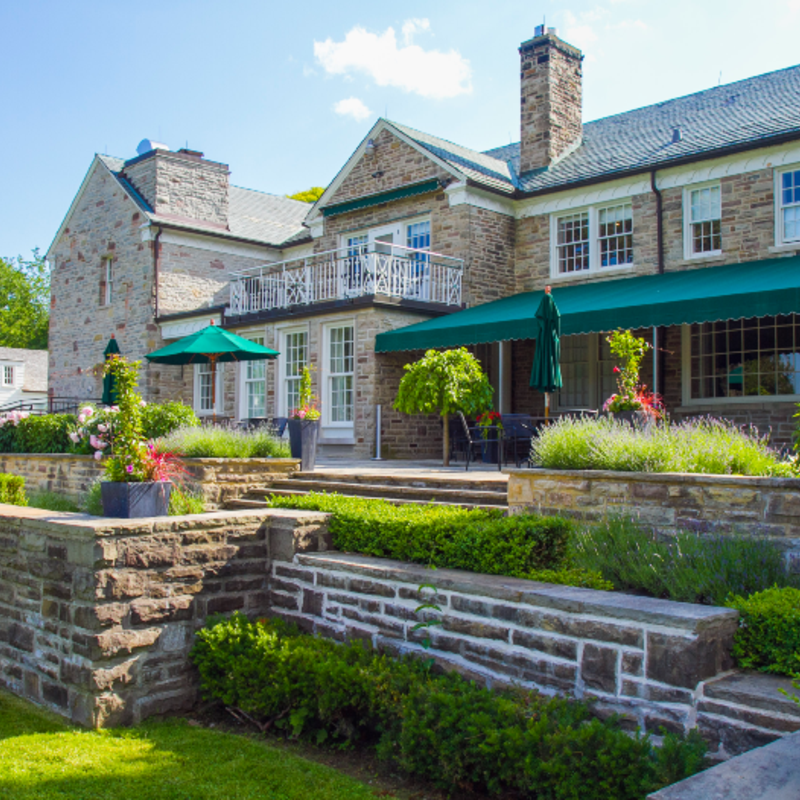 Interactive Map of the CFC's Trees